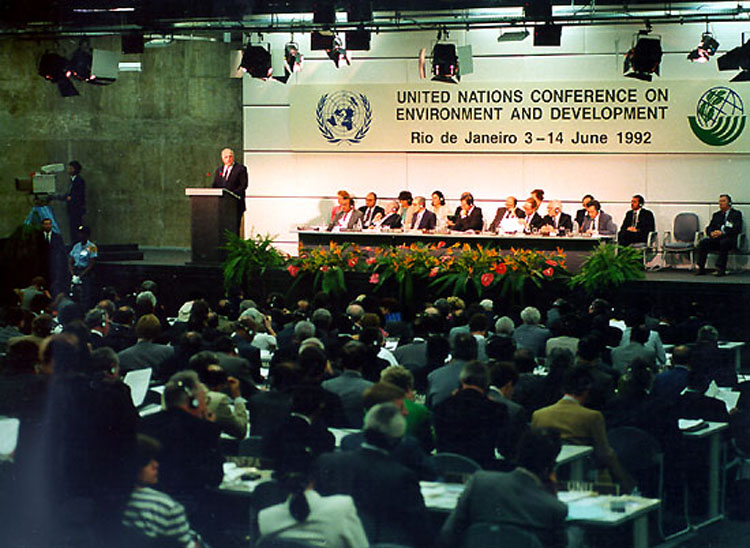 Confessions of an SB1507 Opponent

Today’s article is by Mick Dalrymple. Mick is a local green building and sustainability expert and filmmaker who has lived in Arizona for 38 years. Since writing and reading this article, he has vowed to get more humor back into his life.

The Arizona Legislature recently ended its 50th session, to the great relief of many. The session paralleled the spectacular train wreck scene in 8MM, except that aliens (or at least bills from outer space) popped out of the train continuously throughout the entire crash and burn extravaganza.

SB1507, a.k.a. the “anti-sustainability bill”, was but one grotesque example. For those who didn’t catch its last-minute appearance, it would ban any state or local government agency from being a member of, giving or receiving money from, or promoting any of the principles of a list of sustainability-oriented non-governmental organizations or of a 1992 United Nations “Rio Declaration” on sustainable development.

It would be easy to list instance after instance of how this bill might inflict damage to the Arizona economy and citizens. However, the bill was so broadly conceived as a shield against UN black helicopters that it is hard to know for sure what would have been a violation, resulting in another bottomless waste of taxpayer dollars on endless lawsuits. For example, if your city government facilitated a Fourth of July celebration that had leftover food which was then donated to a homeless shelter, one could argue that the government supported the Rio principle of eradicating poverty and therefore could be sued. The bill mysteriously disappeared in the final days of the session, like the feared shadowy helicopters, threatening to re-appear in the future to stamp out any local government working to support solar energy.

It’s more productive to take a step further back and ask how this bill was possible.

How is it that the proponents of this bill and others can claim, un-challenged, to be the guardians of the patriotic, moral, and religious principles of this country? Well, firstly, we elected them… either directly or by default (ie: not voting). With any right comes responsibility and we have collectively abdicated our responsibility, leaving it to a few narrow, active groups of voters. Secondly, for some reason, we have given up our civic right and responsibility to be engaged and participate in legislative decision-making. It is as if we have just decided that money should prevail in our legislative process as in any other sector of our society and that we have no personal role.

But the philosophy behind bills like this is more perplexing. Our founding fathers didn’t state anything to the effect of “Live for today, consume everything, and do not plan for tomorrow.” Are there any major world religions whose organizing core is “What’s in it for me?” I was raised in a very conservative, religious, military family and I don’t remember being taught any of these self-indulgent “patriotic” principles. Somewhere in that upbringing, though, was something about “do unto others” and caring for God’s creation.
The liberal philosophy believes that government can do good by ensuring a safe and level playing field and providing a safety net to compensate for shortcomings in the free market. The conservative philosophy believes that government is inherently inefficient and susceptible to corruption and infringement of individual and free market rights and, therefore, should be minimized. The safety net should come from individual voluntarily action and through non-governmental charities. In theory, either philosophy can work. Both are premised upon similar underlying societal values of freedom, opportunity, fairness, charity and responsibility. The differences lie in who is responsible for what and who can do it the best.

However, during the watch of both liberal and conservative regimes over the last 50 years, we ourselves have changed our societal values. We have devalued honesty, work ethic, sacrificing for a better future, personal responsibility & caring for one another in exchange for increasing our faith in greed, self-interest and instant gratification. One single but telling example: We used to have a draft and war taxes when we made the grave decision to go to war. Now we pay a military class to fight wars for us. But not really: We borrow against our children’s future income to float that check. The predictable result is that less consideration goes into the decision to launch war because the personal consequences have been reduced or eliminated. When you drive around town, does it look like we are a nation at war?

On Wall Street and in Washington, there are no shortages of smart people of both major political persuasions. It is moral considerations and accountability that matter little, a direct reflection of changes in our own priorities. Concurrently, with our now electronic, global economy, the impacts of actions happen much faster and at a grand scale. Wall Street and Washington, however, don’t act in a vacuum: all those “liar loans” did not sign themselves.

Sustainability represents the opposite of these moral changes and is fundamentally partisan-neutral. The government, free market, religious groups, NGO’s and individuals are all critical to achieving a sustainable society. In childhood, I was taught that when camping leave your site in better shape than when you arrived. How can it be that leaving the planet in better shape than when we arrived would somehow be un-patriotic or immoral or… conservative or liberal? It is about working for a better life for our children, something a parent of any political or religious persuasion should value.

How could helping the poor be un-patriotic? I understand the argument that non-profits, religious groups or individuals can be more efficient at it than the government but, however it is accomplished, we should do it! It is this underlying value that seems to be under attack despite its religious origins. Magically, economic woes created by trading elaborate derivatives based on secretly risky or untruthful cash flows developed by millionaires on Wall Street in bed with Washington elected officials are now somehow being blamed on the poor. We certainly wouldn’t want to give the poor more power with those kinds of consequences.

When I was a higher education lobbyist in Arizona twenty-four long years ago, it was generally perceived that the Legislature could not get any worse. Now, that time period seems like a golden age. Legislators used to encourage stakeholders to get together and come up with legislative language they could agree upon. Study committees were formed to tackle complex issues. Legislators’ doors were open to citizens and lobbyists alike. Now, you can’t even find out why SB1507, never heard in the appropriate committees, is silently dropped from the agenda of the whole House or when/if it will be placed back on the agenda. That’s not American democracy. It reads more like Russian democracy under Putin.

As much as I’d like to dream of an Arizona Legislature Self-Recall, it isn’t going to happen. The solution is to find moderate, rational, deliberate citizens of multiple parties (and Independents), convince them to serve the public, and force the extremists out of the Legislature. Then, we might be able to provide a planet and society for which our children will thank us.