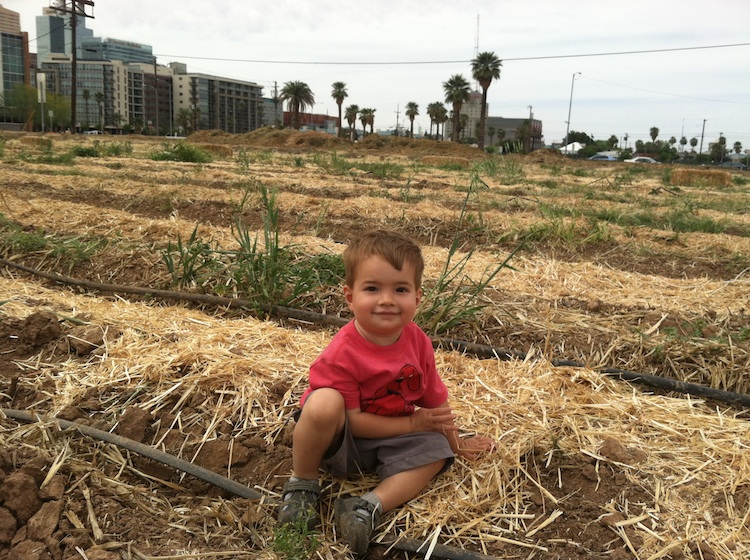 Christina is an architect and owner of Contour Architecture, a local architecture and design firm.  She is a fifth-generation Arizona native who feels passionately about making a difference in her local community – through the projects she completes as well as through active engagement with various community groups.  She has worked on numerous high-profile projects in her career including collegiate, mixed-use, government, and private development projects.  Christina frequently writes about design and architecture and serves as the Senior Director of Forward, a national design journal for the American Institute of Architects, and editor for d3:dialogue an national architectural journal based in New York City.

Phoenix has the opportunity to translate its expanse of vacant land into a distinctive and vibrant city. By encouraging interim development on vacant properties we can inspire experimentation, foster incubation of businesses, and instigate vitality. Sprawling across 1000 square miles, our checkered development is not the result of failed projects undercut by the real-estate crash, but decades of auto-centered boom-times that encouraged cheap growth on our periphery. Although the recession is not solely responsible for the prevalence of empty Phoenix properties, it allows us to reconsider our assumption that growth pays for itself. Pervasive empty lots – over 40% of the land in Phoenix as measured by the Brookings Institute and approximately 11% of the land in the downtown core – wait for the economy to return as construction costs and lease rates don’t pencil-out for new projects. 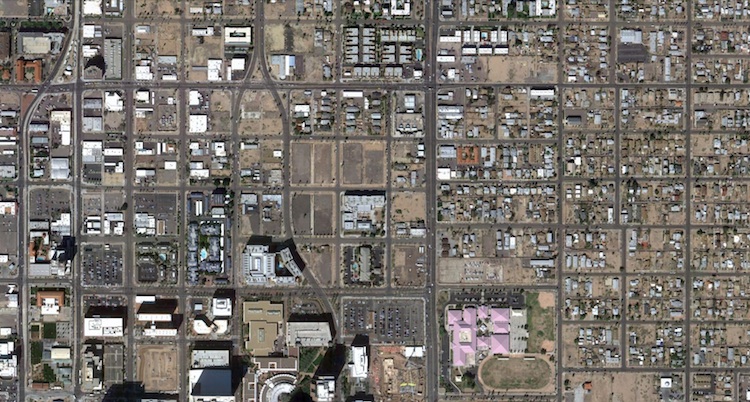 An aerial image of the Phoenix urban core

Within this context, VibrantPHX engages local business, government and community leaders in discussions to position Phoenix as a global competitor for talent, innovation and economic prosperity. Increasingly, the most desirable workers, college-educated twenty and thirty-somethings, move to cities due to perceptions of coolness. Large companies select locations based on opportunities to attract desirable employees rather than the other way around. Phoenix can only compete in a global marketplace if we foster a lively urban environment only found in the Valley of the Sun.

By comparison, consider the cities that capture our imaginations: Paris, San Francisco, New York and Chicago. Buildings push against sidewalks lined with restaurants and shops inviting residents to walk rather than suffer bumper-to-bumper traffic. Dense buildings force vibrancy and activity into small spaces. But what can we do when our existing city is more spacious suburban than dense urban?  What can we do when dense development is years or decades away? In the interim we can measure vitality as density of interactions rather than density of development. To achieve this we can create interim activities to enliven our vacant lots in the near-term as we wait for long-term development to return.   Valley residents are already executing grassroots revitalization projects specifically focused on the empty lot issue. The Valley of the Sunflowers has filled two downtown blocks with agriculture planted, tended and harvested by the community. Interestingly, a study in Philadelphia has shown that similar interventions reduce stress, increase health, and reduce crime. Temporary installations such as these should be encouraged and expanded. However, what happens when the event ends and the property sits dark? Interim structures can offer solutions that are light, semi-mobile, and encourage continuous use. For example, projects such as Proxy in San Francisco create neighborhood gathering around courtyards and shipping containers that are easily relocated and reoccupied depending on small business needs. As a result, the project can more nimbly respond to market shifts and support small businesses. Pop-up developments such as Proxy can quickly illustrate a location’s appeal and create a fruitful local economy that bustles throughout the week. 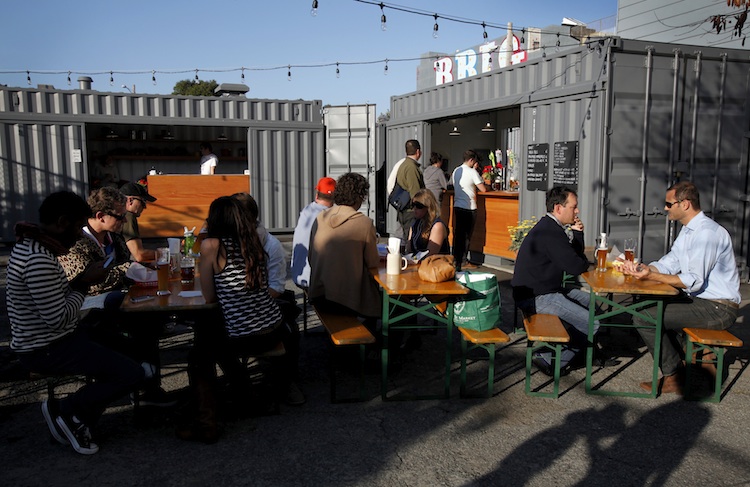 Unfortunately, local developers are not motivated to implement similar installations. Fears of liability, land value loss, and neighborhood connections to temporary installations encourage property owners to let their land lie fallow. In addition, there is little financial or governmental incentive for investment before the market offers higher returns. It’s important to recognize that projects such as the Valley of the Sunflowers occurred through partnerships between the City of Phoenix and engaged citizens with the assistance of grants, rather than through opportunities seized by private business. 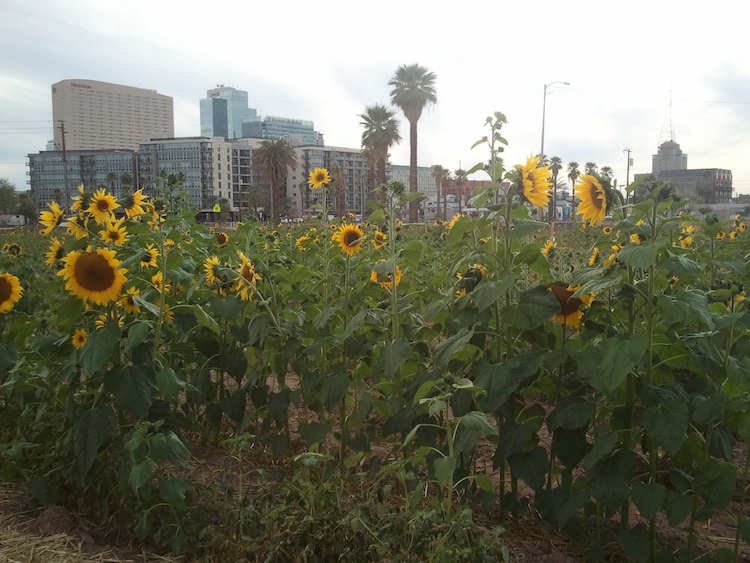 Valley of the Sunflowers in Downtown Phoenix

To replicate similar endeavors in the private sphere we must cultivate connections between public, non-profit, and private enterprises while simultaneously easing requirements for similar projects on private property.  Ordinance changes that incentivise interim use while addressing developers’ concerns could instigate increased interim property use and lead to more vibrant neighborhoods.  Phoenix can forge a new path by instituting a nimble regulatory structure that incentivises experimentation, fosters incubation of businesses, and cultivates vitality in our vacant lots that offer such vast opportunity.