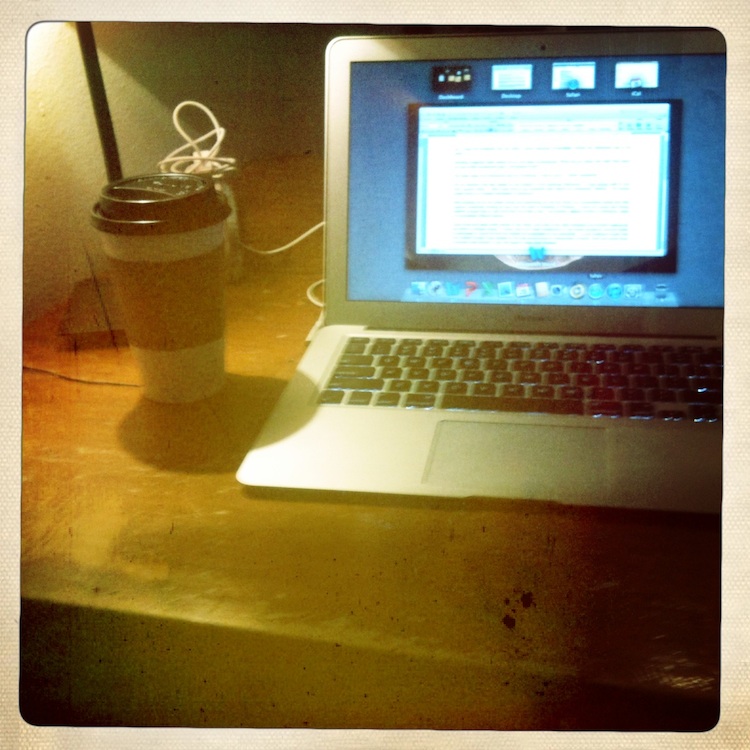 Phoenix: Growth vs. Efficiency? Or a random contemplation of a single cup of coffee.

As I cross the threshold into the office, Laurie Carmody immediately notices the Starbucks cup in my hand.

Shooting imaginary laser beams at me, she asks incredulously “What are you doing with that? Why didn’t you get coffee somewhere else?  Someplace local?”

“My sister gave me a Starbucks card for Christmas.  I had to use it.” I admit, sheepishly.

But my decision was also based on the location of this particular Starbucks – a five minute walk to and from Laurie’s office.  I didn’t have time to go anywhere else before our scheduled meeting.  The choice boiled down to a ruthless calculation of efficiency.

After berating me for my coffee choice and welcoming me into the office, our conversation strolls with little urgency, eventually winding its way onto the topic of bicycling in Phoenix.  It turns out Laurie can’t string together enough trips to ride more than five miles a day – yet another commentary on efficiency, albeit in a completely different fashion.

Laurie lives and plays within blocks of her office, and most of her daily shopping and favorite restaurants are within a compact radius.  In short, she is an urban anathema in a city where access to, and the ability to participate in, public life and the market are predicated on car ownership.  If Louis Sullivan’s truism that form follows function were applied to the built environment of metropolitan Phoenix, then one would have to wonder what function, if any, the region’s urban form followed as it developed during its postwar boom.

Cities, after all, were never exercises in community navel-gazing.  They developed because they offered a better alternative to subsistence farming and chasing small animals with blunt objects.  The aggregation of choices within a market were (and remain) more efficient than most alternatives.

Efficiency is necessary to the success of a market, and any city.  Often geographically well situated, the most successful cities facilitate quick and easy flow of capital and labor, becoming efficient locations for transmission of ideas and creativity.  But if the inexorable urbanization of the planet is a function of the efficiency of urban form, where does that leave places like [cough] Phoenix, which seem to have forgotten about efficiency?

The simple urgency of that question is often lost on those quick to react or dismiss the critiques of Jon Talton and Andrew Ross, perhaps because that question is not made explicit.  It is highly likely, though, that a discussion of the economic inefficiencies of our urban form requires a level of introspection deeper than the narcissism of a booster.  Asking “How do we grow?” may lead to the uncomfortable question: “Why do we grow?”

But before such conversations can occur, they require appropriate fora beyond the anonymity of a chatroom or social media.  They require the coffee shops and bars where business and creativity effortlessly intersect.  They require time not spent in a car.  They require an efficiency of urban form which we are only now creating.  As a consequence, those conversations are becoming increasingly less frightening in their abstraction, allowing us to contemplate and create any number of alternative futures.

We might even be able to contemplate a future where growth is not an end in and of itself.

Tags: Feliciano Vera, urban efficiency, urban form, urban growth
« Take Metro Out to the Ball Game  |  What you Might not have Known about Frank Lloyd Wright »