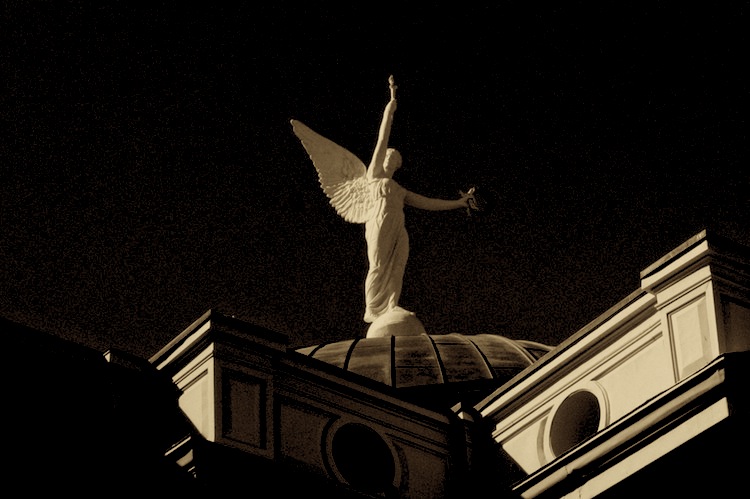 What YOU Want to See in Arizona’s Next 100 Years

It’s Arizona’s Centennial today, a day to celebrate the last 100 years of our state founding. For me, today’s also a great day to pause and lay claim to the future we want for our state.

To that end, I asked YOU, through Facebook, Twitter, this blog and the Blooming Rock newsletter, what you’d like to see in the next 100 years in Arizona. There were definitely themes to people’s responses, and so I’ve broken them down into categories, to help us better see what’s important to people today.

Here’s what you said:

Rocco Meneguale: I want to see AZ become the leader in the US and throughout the world for renewable energy production, especially around solar energy.

Tom Pansing: Urban infrastructure as solar power plant (buildings that power themselves and then some….)

Will Novak: AZ becomes the undisputed leader in worldwide solar tech & most buildings are cabon neutral.

Rocco Meneguale: I want to see AZ become a state that respects and values all walks of life and cultures and is a state that the nation can look to for examples of tolerance, understanding, and protection of ALL of its citizens.

Meg (@citychild): Equality for all–The amount of barriers for our poorest is unacceptable. This must be changed.

Edward Jensen: I’d like to see Arizona become one of the most progressive states in the Union. Perhaps we can be radically inclusive and celebrate the diversity that exists here — not only in terms of people and communities but in terms of climate, geography, and environments.

Jacob Hughes: The end of Arizona as a destination solely for old people and small-minded Midwestern transplants

Jennifer Longdon: Inclusive design that considers ALL the residents.

Steven Earl Wachs: A city where ‘older’..be it regarding people, buildings, history or..? is revered and fostered. A community where health care, education, food, housing and respect is fully accessible to all. Where elected officials are chosen and held in high esteem for their integrity, passion, creative thinking and ability to make the community they have been entrusted to administrate, BETTER… every single day!

Haley Paul: Beautiful, sustainable urban landscapes that reflect the natural character of our desert environment, including the efficient use of our most precious natural resource–water.

AZ History: Voters approve the return of the Arizona State Parks Heritage Fund to benefit our quality of life.

Will Novak: The Glen Canyon Dam is demolished & all the water is moved to Lake Mead,restoring Glen Canyon & a large part of the river.

Will Novak: The Salt River is full of water as far west as 27th avenue.

Will Novak: The brown cloud of pollution over Phx becomes a distant memory like the once polluted skylines of the industrial revolution.

Beth Johannessen: I’d like to see Phoenix become the exemplar of sustainable desert dwelling…living within our resource means while thriving as the oasis city in the Sonoran desert.

John Romeo Alpha: Post-pertroleum, and with a temperature increased perhaps 12 degrees by global warming, with probable water shortages, Phoenix 2112 will probably best be served by a growth control boundary somewhere near the current 101, with underground or covered water reservoirs, much less concrete, and much more natural and artifical cover to encourage and enable human-powered transport to supplement and connect with an integrated transit system. Underground, adobe, rammed earth, and other thermal efficient architecture will be needed with increased temperature and constrained energy sources, and locally produced food will play a larger role since interstate / intercountry tranportation on the current scale will be cost-prohibitive. I imagine 5000 worker office complexes that would only require the external input of water and energy similar to that used by the average small neighborhood in Phoenix today. And a total tranportation energy requirement about one hundreth of what is used today.

Jennifer Gunter (@_JGunther): Inventive re-purposing of the sprawling parking lots/black moats of strip malls and other buildings. Landscaped parking lots, ones that host semi-permanent or frequent activities like Food Truck Day, lots that are turned into space-efficient parking structures that can be decorated or decked with solar panels or plants and maybe even putting housing or businesses over parking lots that introduce some height to the breadth of the Valley. I hope to see Arizona’s urban heat island levels decrease in a variety of cool ways that infuse character and community into the atmosphere rather than warmth.

Steven Earl Wachs: I’d like to see a garden city…where rooftops and hanging gardens supply us with much of what we need to consume, daily. Fresh…without requiring transit. The ‘greening’ of the city would alter the micro climate (much like OPTIMA CAMELVIEW’s landscape lowers the summer temps there..and helps clean air). Innovative open space for urban residents who can live, work, shop and play in an easy walkable community. A place where music, art, creative thought are embraced, encouraged, nurtured and honored. Where friends and families sit or stroll ‘urban promenades’ in the evening, much like those in other cities around the world, now. A place to share ideas and life events.

Richard Ross: Simple. Human Beings. Doubtful that this will be the case unless we make some radical changes and even with those it may be too late. But Humans, that would be nice.

Will Novak: Phoenix and Tucson never grow into one giant blob, but rather keep their current footprints & infill.

Will Novak: Our children don’t believe us when we tell them Central Phoenix used to be mostly dirt lots & parking lots.

Jacob Hughes: The death of the real estate industrial complex.

Jacob Hughes: The transformation of the exurbs back in agriculture.

Mitchell Willard: The reviltization of the canals for public space to connect the suburbs to the inner-city.

Mitchell Willard: Old buildings downtown to be stripped down to their original facades (Ex. Subway on Central/ Monroe)

Mitchell Willard: A community that realizes the significance of preserving historical buildings and reusing them.

Heidi Abrahamson: Another Mining Museum and the next time they close down something wonderful like that, have an actual Arizonan be the one to redo the space.

Mark Vinson: At least a few buildings from the past 100 years.

Will Novak: High speed rail runs from the Mexican border to the Grand Canyon, connecting every place in between.

Jacob Hughes: The expansion of the Light Rail and the institution of commuter rail.

Mitchell Willard: Bikes to have a larger role in transportation options.

Vincenz Saccento: Bike lanes…but I don’t have a 100 years to wait…

Steven Earl Wachs: Free transit for all to connect to other ‘interest neighborhoods’.

Will Novak: A host of new quality universities,museums & colleges give central PHX the nickname “the Athens of Arizona”.

Jacob Hughes: The founding of an elite private university.

Will Novak: By our 125th anniversary we have a gorgeous, tree-lined capitol mall with new modern buildings & the neighborhood is desirable.

Mitchell Willard: Major improvements in Capital Mall District. Anti-urban buildings to be demolished and replaced with structures that are visually appealing and connect to passbyers with streetfront retail.

Will Novak: The Suns win an NBA title and ASU football wins a national title.

Will Novak: Phoenix continues to host Superbowls & All Star games but adds the Final 4, Pan American Games & Summer Olympics to its resume.

Jacob Hughes: A Phoenix Suns championship parade.
If you want to add your two cents, please feel free to do so in the comments section!
Photo Credit: Original photo from Arizona Oddities modified by the author.