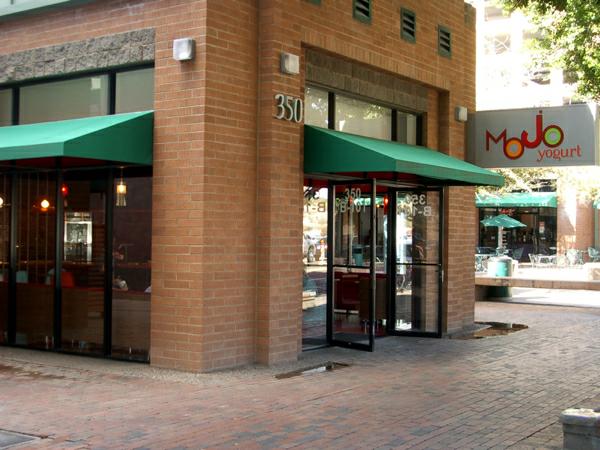 Recently one of my favorite Canadians was in town on vacation, and asked me for a few “local” places to go. Aside from making jokes about how could someone from the Frozen North possibly survive our crushing October heat, I was happy to share my love for the neighborhoods for Phoenix.  When I started giving directions, they told me they were using the Light Rail to get around on their first visit to our city, and I couldn’t help but pick their brain about how the experience went from an out-of-towner’s point of view.

I know that a lot of folks have their opinions about the train and Light Rail commuting in Phoenix influenced by their routines and memories from before the rail went in or even the hassle they experienced during construction, and therefore I was curious how things would be perceived by someone who had no idea what Phoenix was like without our favorite mode of public transit.  Below are some parts of the longer conversation that I thought would be fun to share.

Q: What were some of your first impressions of our rail system, and how’d it stack up to any expectations you had?

A: I liked the rail! It ran often and seemed to cover the major interest areas. I found it fast and modern and the art on many of the stations was a nice touch.  The cheap 3-day pass was very helpful for me, I could get around without having to spend a lot of money and didn’t have to worry about paying every time I wanted to go somewhere.

I can’t say I really had any expectations per say. I knew there was a rail because the directions to my hostel read: “From the airport, take the westbound train…” but beyond that, I was pretty open minded. Maybe I did expect there to be more than one line, but for a short term visitor like me, a single line was fine for getting me where I needed to go.

A few of the things they told me were just common-sense for experienced travellers, and I really should have already known them, but that’s precisely the type of rational application that I’d blocked out when it came to my home town; such as “it’s really not that bad/long of a wait for the train”. Other topics, such as places where the Light Rail paired well with particularly walkable neighborhoods, seemed like “finally, someone gets it” until we compared stories about other cities and I realized that this is the other half of the conversation I’ve yet to hear. I think the point that illustrated it the most was when I asked about how they dealt with the sprawl.

Q: Our city is pretty notorious for it’s car culture and sprawl. How’d you end up getting around Phoenix without renting a car?

A: Most of the time, I took the train. I was staying about 10 minutes away from the rail and pretty much everywhere I wanted to go was close to a stop. I did take the bus once, to go to the botanical gardens. I found that the bus covered a lot of area, but the waits are long. I wish the individual bus stops had a schedule posted so I could have timed myself better (I know there’s a phone number posted on the stops, but for whatever reason, it didn’t work for me). The only time I needed to go somewhere and couldn’t using public transportation was to the Amtrak Station in Maricopa.

I did notice that Phoenix is very spread out, but having grown up in suburbs with parents who don’t believe in driving their kids around, 45 minute bus rides are pretty normal to me.

I know that there was discussion about where commuter rail would come into the picture when I brought up how disappointed I was with the revamped Central Station, but I didn’t realize how woefully uninformed I was until I learned that the current solution requires going to Maricopa.  Maricopa?  That’s a bustling metropolis clearly in need of rail service, right if I’ve ever seen one.  (This is a point where a sarcasm font would do well).

Q: Can you name one or two of your favorite spots you visited here; any places you’d recommend to other visitors?

A: I really, really enjoyed the Desert Botanical Gardens. Coming from somewhat Northern Canada, seeing the desert was a huge part of my decision to visit Phoenix. The Gardens do a great job of showcasing desert plants and flowers and provide a lot of information on desert ecosystems.

In outdoor areas, I thought Tempe was really nice. There’s a lot to look at – the shops, the lakes, the restaurants. And whenever the sun got too warm, I could pop into one of the many frozen yogurt places.

I can picture the campaign now, “Phoenix, come for the desert, stay for the froyo.”