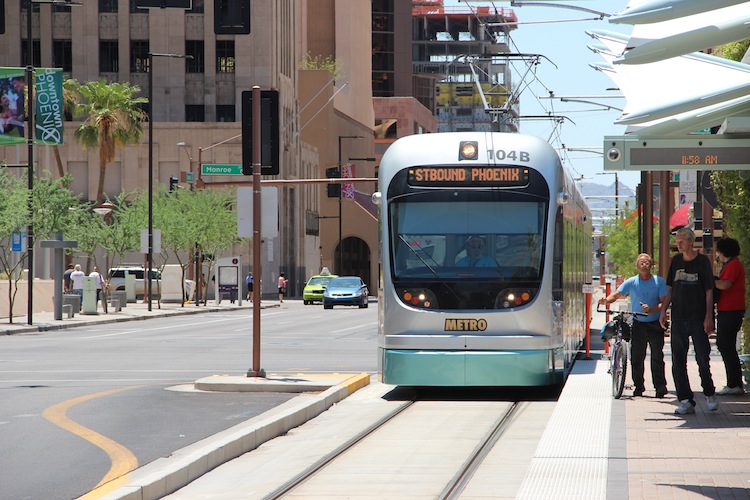 6 Things Cities Around the Country are Doing to Become Sustainable

Two weeks ago I attended the National League of Cities 2011 Congress of Cities & Exposition at the Phoenix Convention Center. This was an event that brought together a variety of city officials from all over the country. It was a good opportunity to learn about the national trends and conversations, what’s important to various cities and the strategies they’re using to implement their vision.

Sustainability was on the forefront of all the sessions I attended. It seemed as if cities were competing with one another on how sustainable they were becoming.

I watched representatives from cities like Seattle, Kansas City, and unknown ones like Dubuque, Iowa and Coral Gables, Florida boast about their sustainability initiatives and the results they’ve been seeing from their efforts. The Mayor Pro Tem of Kansas City, Cindy Circo, cited an interesting reason for going green, saying that the city’s existing infrastructure is falling apart and it only made sense to rebuild in a sustainable way.

I’ll share 6 takeaways I got from all the cities that are aggressively pursuing sustainability as a core value and that we could definitely learn from here in Phoenix:

1. It takes strong leadership in the City to really push sustainability measures forward. As we’ve all encountered, there is always internal resistance to change, and change towards sustainability is no different. But one of the main ways to combat this resistance within cities is with strong leadership, something I hope our new mayor Greg Stanton will bring to the City of Phoenix.

2. Public/private partnerships are the only way to implement new sustainability strategies in this age of slashed city budgets. The Mayor of Dubuque, Roy Buol, couldn’t say enough about the support and partnership he has from private companies in the city that have invested money and energy to implementing the city’s 11 sustainability principles. He also said that their Chamber of Commerce took a leadership role in their sustainability plan, which means that instead of being a regulatory noose around businesses, Dubuque presented sustainability as an opportunity for businesses instead.

In addition to public/private partnerships, grassroots buy-in and participation was key, said many city officials. This meant that city officials worked hand in hand with grassroots community leaders to implement their sustainability strategies. This was a way for cities to take the burden off of their staff, but it also helped to create deep and lasting support from the people of the city.

3. Quality of life was a big topic as an economic development tool. During the mayoral elections here in Phoenix, we heard lots of rhetoric about making it easier for businesses to set up and do business here, which means less regulations and less government interference.

While smarter regulations that help businesses instead of hinder them are definitely important, the mayor of St.Petersburg, Florida, Rick Baker, and the mayor of Wichita, Kansas, Carl Brewer, agreed that creating a better quality of life is by far the most important thing a city could do to lure businesses and jobs to their area.

Ironically, a better quality of life isn’t necessarily achieved through less government, but through smarter regulations and a government that is more attuned to what its residents want. Carl Brewer mentioned that a city should pay attention to what the younger generations consider a high quality of life and they’re looking for public green space and a place where they can live, work and play without having to drive.

4. On a Federal level, HUD, DOT and the EPA have created a partnership for sustainable communities. You can see how even at the Federal level, and through a never-before-heard-of collaboration between the three agencies, the conversation of housing and transportation is shifting towards sustainability.

Here’s the U.S. Secretary of State’s Ray LaHood’s definition of sustainable communities that sums up the vision pretty well: “being able to take your kids to school, go to work, see a doctor, drop by the grocery or post office, go out to dinner and a movie, and play with your kids in a park, all without having to get in your car.”

5. Land use planning is directly related to transit planning. This hasn’t been true since the 50s in Phoenix, because land use planning was all about building as far out as people were willing to commute by car. But transit-oriented land use planning is slowly becoming a concept to contend with even in Phoenix’s consciousness with things like the Sustainable Communities Working Group’s $20 million TOD fund now available.

6. The question was asked, “Who benefits and who bears the burden of improvements our government makes?”. Diversity and social equity were high on the list of priorities for cities’ sustainability strategies.

Three aspects, she said, make for a city designed for diversity, in terms of race, age, and economic status: 1. the housing type mix 2. opportunities for connection such as collective space and corridors for movement 3. security, such as natural forms of surveillance espoused by Jane Jacobs.

Cities around the country and indeed the world are hot on the trail of sustainability, using it as a means to distinguish themselves and to be seen as the best places to live, work, play and raise a family. Where is Phoenix in the race? Quite far behind on a lot of fronts I would say. It’s time we buck up and pay attention before we lose this race to cities that understand the importance of sustainability and are willing to take the political risks to make it happen.