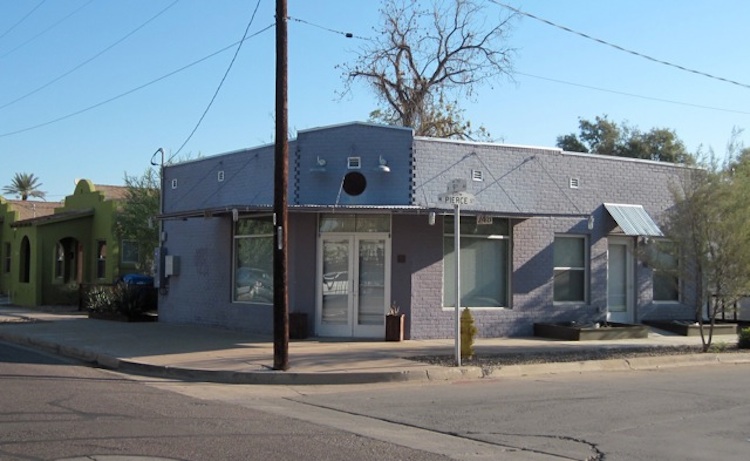 I am a big fan of Grand Avenue, it’s biggest proponent – Beatrice Moore,  and all the artists and small businesses that choose to be on this great, mysterious, sometimes sketchy, yet always fascinating and fun diagonal avenue of Phoenix. What gives Grand Avenue it’s edge is that it’s hub for talented artists, architects, crafts people, and a number of other unique and funky small businesses AND it’s a hub for homeless people, up to no good teenagers and other people with questionable intentions.

So, it’s a mix. But don’t be scared off by the dark side of Grand, because there are lots of luminous people at work there, bringing light and love to the area. Here are a few of my favorite people on Grand: Kate Benjamin at the Moderncat Studio, Bob Graham at Motley Design Group, Beatrice Moore at Kooky Krafts Shop, Joseph Cuevas and other artists at the Indie ArtHouse and new additions Kirby Hoyt and Rob Izer at Funk Lab.

For the past 3 years, the Grand Avenue Merchants Association has been putting on the Grand Avenue Festival to show off all the creative and neighborhood-strengthening work that happens there. This year, the festival will be on October 22 – this coming Saturday – from 3-11pm. Some of the things to look forward to are:

As you probably have already guessed, the Re-Dapt Tour is one of my favorite parts of the festival because it explores cool historic buildings and celebrates their new uses. Every year, GAMA puts together a new set of interesting buildings for us to tour, some that we may never get a chance to tour extensively again!

One this year’s roster are:

9th Avenue and Pierce – a building that originally served as a neighborhood corner market and grocery and that has been redeveloped into office space by Venue Projects.

The Chocolate Factory – A funky-angled commercial building typical of buildings on Grand from the 50s and 60s that now houses various art studios. 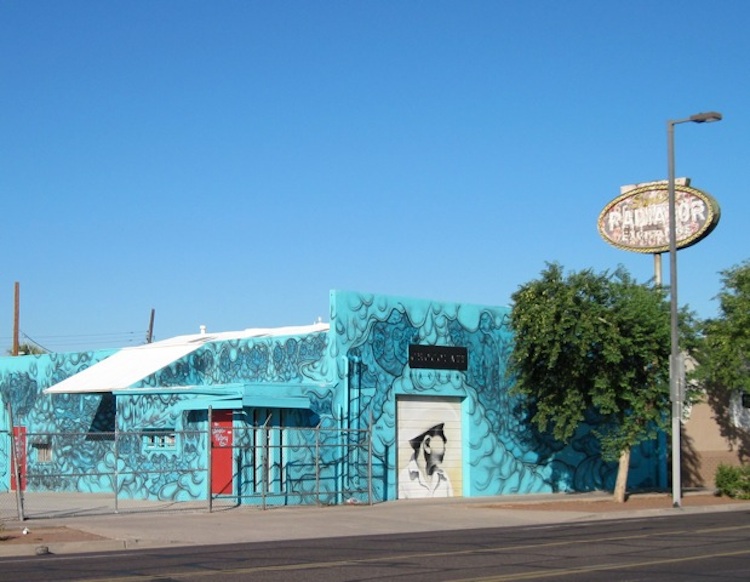 Robert Venn School of Luthiery – A pre-midcentury building that is one of the few that has a second story on Grand Avenue. After extensive renovations, it’s now a school of luthiery, which means it’s a guitar-making school. According to Beatrice Moore, “The tour through the Roberto-Venn School of Luthiery will be a rare chance to tour this entire building and see how the guitars are made – as it will not normally be open to the public.”

Gannaway Buildings/La Melgosa Annex – This is a group of buildings that includes a historic home from 1915, now converted to art space, a small market and retail space which now houses art studios, and a new metal-sculptor’s workshop. 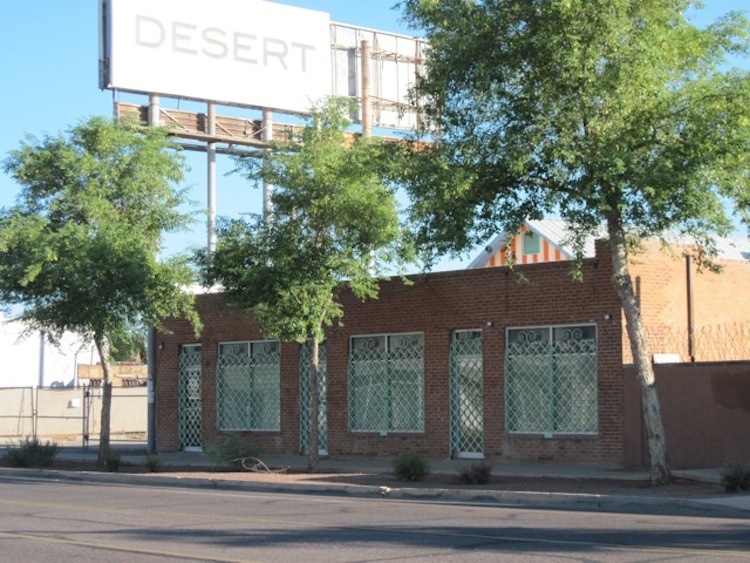 The Funk Lab – Originally a small corner grocery store built in 1928, and later converted into art space, it is now home to Edge-Industries, a collaborative design firm whom I visited not too long ago. I love what they’ve done to the space! 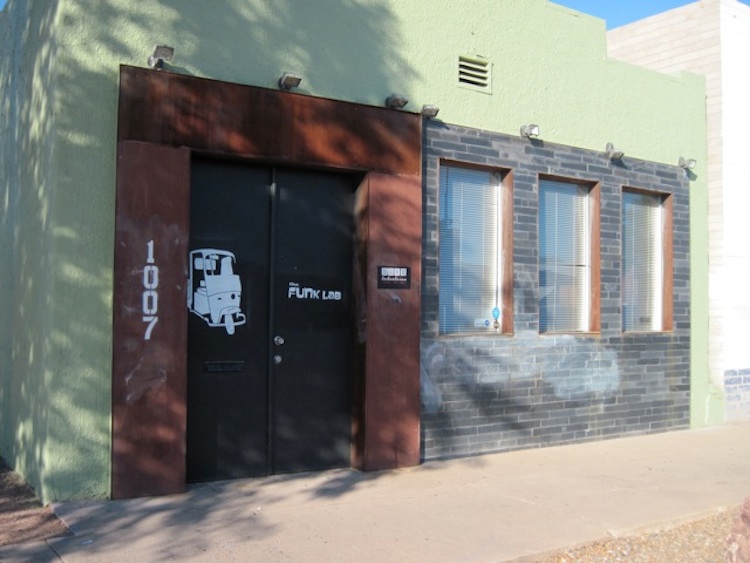 Tickets to the Re-Dapt Tours are $10 and they include a free coupon for a Clean Freak car wash (an $8 value). The tours will be leaving at 3pm, 4pm and 5pm and will last about 2 hours. Meet your tour guide on the northeast corner of 10th avenue and Grand 10 minutes prior to tour time.

Just like last year, I have a chance to give away 3 sets of 2 tickets to the Re-Dapt Tours!!!

The first 3 people who leave me a comment that includes their favorite thing about Grand Avenue will win the prize!

Leave a Reply to beth j