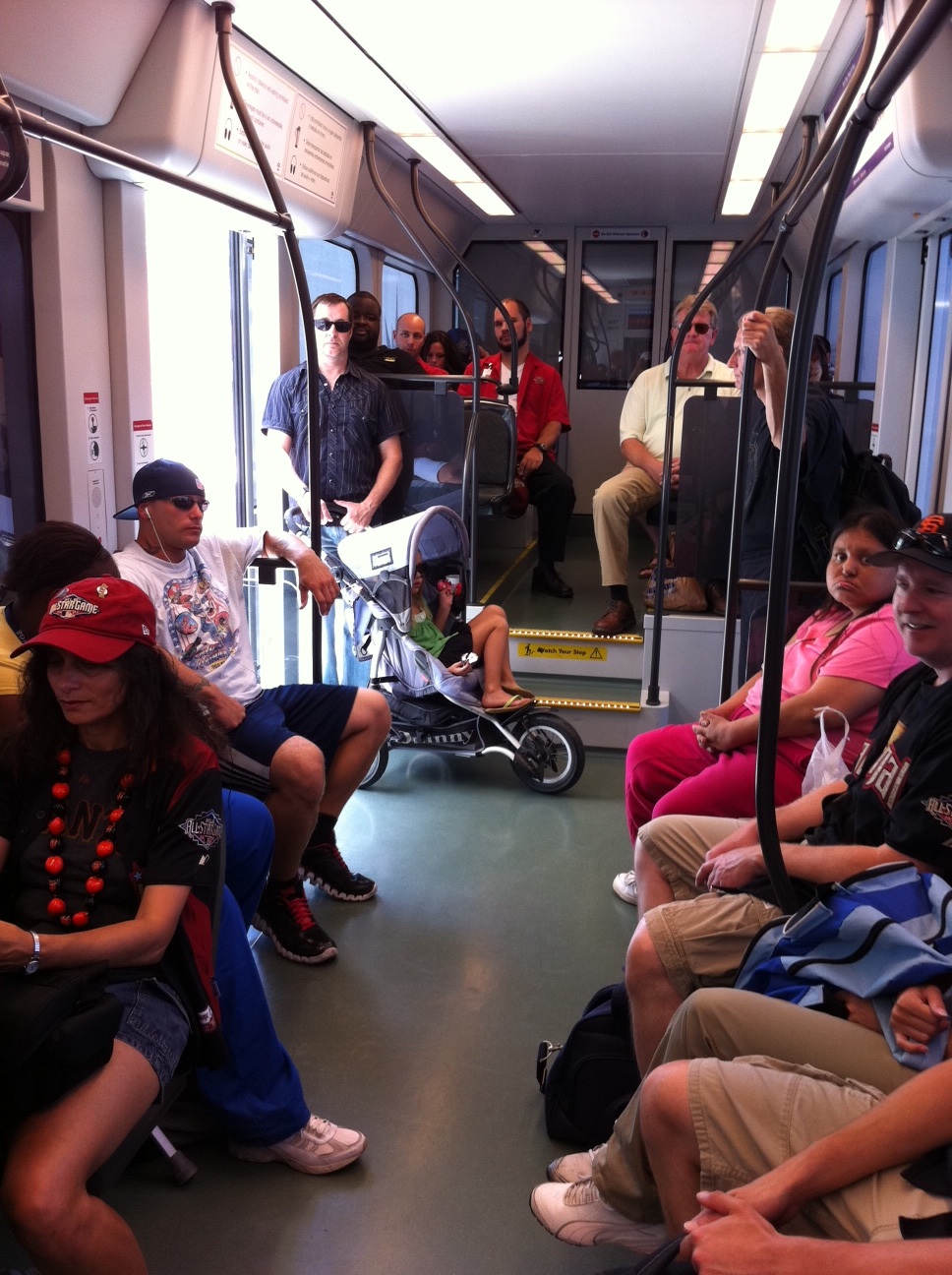 Notes from the Bus: Using Public Transportation and Being a Pedestrian in Arizona 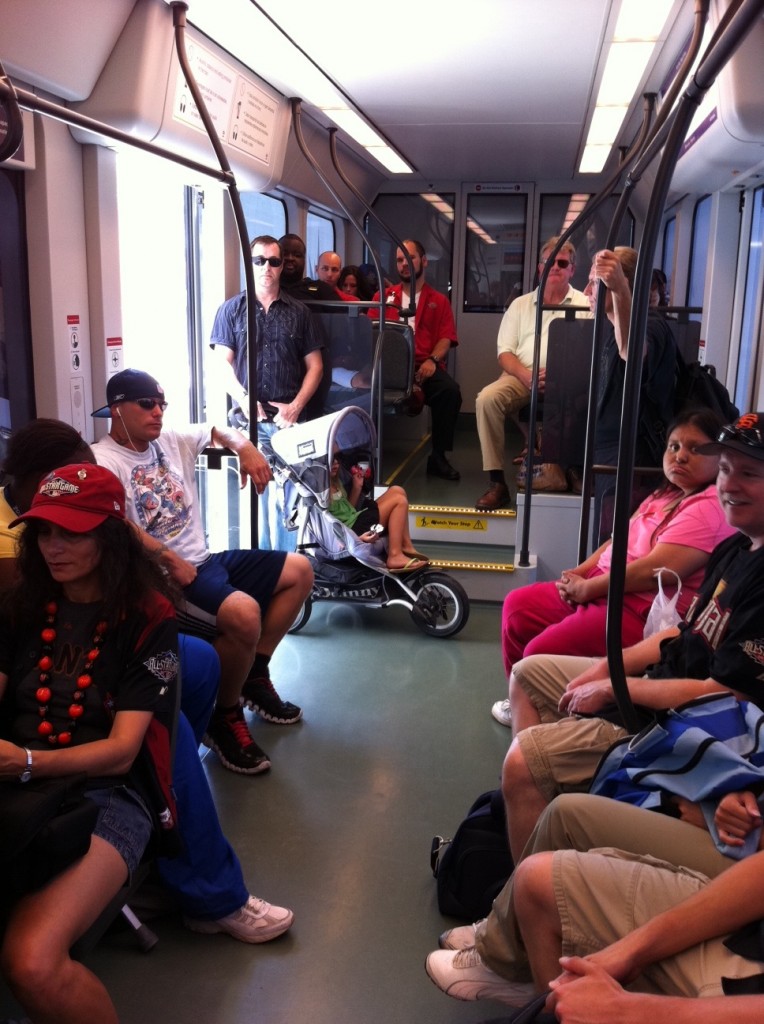 Taking the bus, hopping on the light rail and walking have been my usual means of navigating the Valley for the past two years. Every mile I have ridden or block I have walked has offered me a unique experience that driving from Point A to Point B could not. Although driving is its own pleasure, public transportation should be a desirable option for all Phoenix-area residents. It is imperative in the desert heat, which is at its most intense this time of year, that Phoenix and its surrounding suburbs reconsider their car-centric infrastructure and building stock that cope with the heat and glare by seemingly ignoring it. A public transportation system that strings neighborhoods to businesses, schools and places of work and that is conscious of shade is an ideal design for this city to beat the heat and be more habitable.

Alternative modes of transportation can give a sense of familiarity to surroundings that can’t be accomplished simply by driving past. I have discovered eclectic coffee shops and restaurants, artsy boutiques and secret parks by my carless expeditions in Tempe and downtown Phoenix. I also feel at ease almost everywhere I go, despite being accosted by creepers who want to know how old I really am and if I’m single. Most of the time I see or hear something interesting, and I see courtesy between people more than I see aggravation. I feel I have learned a lot about people through observing them on the bus; I don’t believe I would be as comfortable as I am in public if I drove everywhere alone in my car. Once I rode the 61 West to the Tempe Public Library and witnessed a little boy armed with three or four Nerf guns get on a few stops before I got off. His blue and orange mock sniper rifle was as big as he was. He explained to an older man, who was reveling in the bus’ air conditioning, that his church had a field day. If I decided to drive to the library, I wouldn’t have seen the little boy’s pride for his toys and happiness from a fun day. Our fondness for driving everywhere threatens to isolate us from each other, whereas the bus and light rail have the potential to connect us ─ physically, at the very least ─ in our common experience of city dwelling.

The cultural cost of cars

Cars are not bad; in fact, they are necessary for our busy lives. They are more reliable than buses, and nothing feels more annoying than being a block away from a stop as the bus rolls past you. We have been mistaken, though, in letting cars design our city and define our buildings. We have not only cubbied ourselves from our neighbors, but we have also subtracted ourselves from the unique beauty of the desert because we have mobile, climate-controlled machines to protect us from sunburns and sweating as we go to our appointments and run our errands. We have allowed concrete jungles and parking lot islands to sprout like weeds because we have enjoyed the freedom of cars too much; these literal hotbeds of vehicular activity are as unsustainable as they are unattractive because their asphalt reflects the heat and their buildings are more often than not generic and boxy. It’s as though we shield ourselves from their lack of personality by driving up, doing our business and driving back home, where the walls are kinder. This does not seem like a fulfilling lifestyle to me, and it puts those who cannot afford a car or are unable to drive at a disadvantage if somewhere they need to go is far away.

The almost countless deserted strip malls of Mesa, my current location, only make walking a chore and a possible health hazard because there is little coverage from the sun. In fact, I don’t see many people walking in Mesa; it seems the most effective way to get around here is by car. I do see people waiting, however, by light posts with the blue and white bus stop sign, with no bench or cover for rest and shelter from the rays. There is no reason cities like Mesa should be full of old concrete when they could be an oasis for pedestrians, complete with shade trees, green spaces and welcoming and attractive structures that integrate cantilevers and other shade-giving architectural elements into their conscious plans. I anticipate urban renewal in Mesa once the light rail extension into its active downtown is complete. The light rail has the power to bring new life to the too-common ghost malls and lonely streets that are remnants of Pheonix’s car-fueled, postwar boom. I also hope it revitalizes the Mesa bus system and spurs redevelopment beyond the light rail’s Main Street corridor, which will need Park and Rides and transfer centers. All in all, using public transportation keeps us actively involved in our cities as pedestrians and prevents us from becoming passive citizens who abuse resources and architecture, seeing sidewalks only as liners for roads to drive on and buildings as obtuse boxes that sometimes hold things.

I believe public transportation is an adventure that the suburbanites of Phoenix should not miss out on. The bus, light rail and sidewalks have given me a one-of-a-kind glimpse at and participation in urban life. An improved public transportation system is in the best interest for Phoenix as it continues to grow because it will make the city more inhabitable and more enjoyable. Pedestrian-friendly architecture and planning, too, will only make Phoenix a more beautiful place.