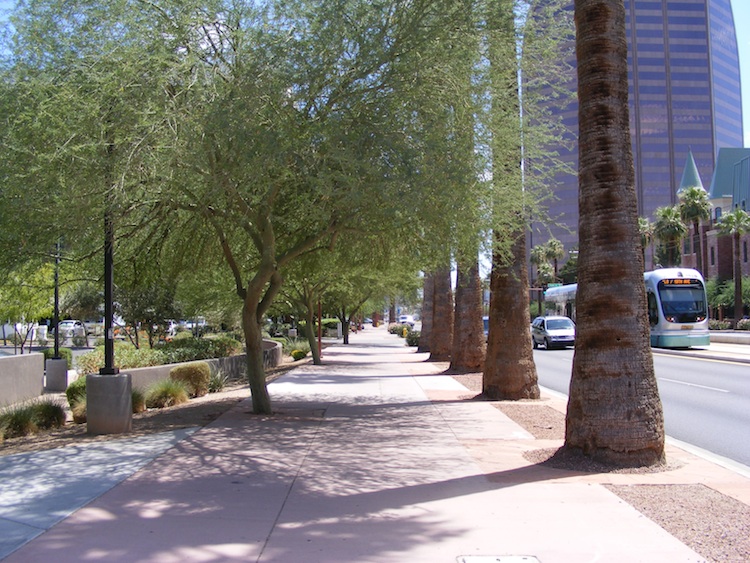 Who Should Be the Next Mayor of Phoenix?

Today I’d like to tell you who I think would make the best next mayor of Phoenix.

But first, I’d like to talk a little bit about respect. It’s so easy for us, when we’re passionate about what we believe in, to let ourselves get angry at those who don’t espouse the same opinions we do and then attack them. What I’ve learned by sitting down with the major mayoral candidates and interviewing them is that each one of them is a dedicated public servant trying to do their best for our city.

I have no doubt whatsoever that every one of the candidates running for mayor wants what’s best for Phoenix. That’s the bottom line. So I say we don’t attack, disrespect or belittle any one of them. As Pema Chodron says,

When we hold on to our opinions with aggression, no matter how valid our cause, we are simply adding more aggression to the planet, and violence and pain increase.

So let’s elevate our rhetoric, our debates and discussion to reflect a high level of respect for those who’re running for public office and everyone else for that matter.

With that being said, I think it’s important to understand the differences between the positions of each candidate.

Peggy Neely has been the Councilwoman for District 2 for 9 years. District 2 is where Desert Ridge, the Musical Instrument Museum, and City North are located.

It’s basically a suburb of Phoenix. And it’s natural that Ms. Neely wants to serve the interests of the Phoenix suburbs, having been one of their representatives.

But is this the best approach for our city as a whole? No.

I think it’s important that we elect a mayor that values the central core of Phoenix as the keystone of our future success. We’ve had years and years of building out our periphery, now we need a Mayor that’ll come back and build up our city center again.

And we need a mayor that understands that the city center has different needs than our suburbs. The same rules don’t apply. Big box chains don’t belong in our city center. Things like the Musical Instrument Museum, however, do.

Claude Mattox has been a Councilman for District 5 for 11 years. District 5 includes much of the West Valley. I’ve heard from many people that Mr.Mattox is a good Councilman and he listens to his constituents.

But what I think Mr. Mattox is missing is out-of-the box, creative thinking. I feel as if some of the things he’s proposing, such as a business school in Downtown and an urban planner that will come in from the outside to fix our problems miss the mark a bit.

These ideas are too simplistic and I’m skeptical if they will, at the end of the day, deliver a more economically vibrant and livable Phoenix.

Wes Gullett has never been on the Phoenix City Council, though he’s worked closely with the City on some significant projects like the Downtown Urban Form Code. He’s a partner in a local communications and public affairs firm.

Now Mr. Gullett, I think, does have some great out-of-the box ideas for Phoenix, such as his push for urban gardens on vacant or abandoned properties. He also has some great practical and no-brainer ideas such as putting time-limits on vacant lot owners in terms of how long they can keep their lot vacant and still receive incentives from the city.

But the reason I don’t think Mr. Gullett is the best candidate for Mayor is that he’s too much of a financial guy at heart. He puts financial concerns before his vision for a greater Phoenix, which really shows through on his stance of not expanding the Light Rail until it shows a better return on investment.

Mr. Gullett’s emphasis on finances may sound good and practical, especially in a down economy like ours, but his dogged devotion to the bottom line is not a good characteristic in a leader of a city.

I believe Mr. Gullett would be a great advisor to the next mayor, but not the mayor himself. We need a mayor who has an extraordinary vision for Phoenix, that isn’t afraid to think big and look beyond current financial constraints, and then seeks partnerships, funding, and public support to make that vision a reality.

And that is why I think that Greg Stanton is the best candidate for mayor. Mr. Stanton served on the City Council for District 6 for 9 years before stepping down to become the Deputy Attorney General in Terry Goddard’s office.

I also appreciate Mr. Stanton’s vocal support for historic preservation and public art, both things that are normally overlooked and undervalued. Plus, I appreciate his advocacy for public transit.

Mr. Stanton never misses a chance to say that his dad took the bus everyday to and from work. And though I’ve heard it many times now, I do appreciate how this fact would influence Mr.Staton’s view of public transit in a fundamental way.

It’s important that our next mayor really get that our future no longer lies with enhancing our auto-centric culture, but in fostering a city of multi-modal transportation, with a strong commuter cycling and pedestrian network, and a well-developed Light Rail and bus system.

I think Mr. Stanton, more than the other major candidates, understands what it takes to make Phoenix the city we want it to be. But I encourage you to make up your own mind.

This is a pivotal mayoral election as we stand at a crossroads between becoming a relic of the post-war era and becoming an urban laboratory for innovative planning, livability, sustainability and cultural strategies.

If you’d like to learn more about the four major mayoral candidates, check out my recaps of the Downtown Voices Coalition Mayoral debate and the Phoenix Community Alliance/Downtown Phoenix Journal Mayoral debate. Also take a look at the in-depth Blooming Rock interviews with Ms. Neely, Mr. Mattox, Mr. Gullett and Mr. Stanton.

And finally, please, please, please go out and vote on August 30!!! If you’re not already registered to vote, you can do so online here. Make sure to register before August 1 or you won’t be able to vote in this mayoral election. And also take note that your old voting venue is no longer the same! Click here for information on the new voting centers.