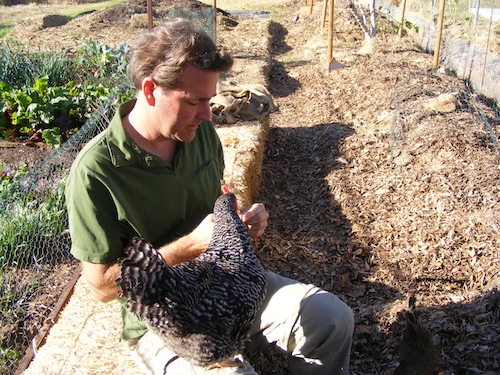 Bryan White of Green House Farm, an Architect of Buildings and of Dirt

Bryan White, sitting in his back yard urban farm with his chicken Polka Dottie

Bryan White is an architect gone wild.  He and his wife Miro are the owners of an urban farm in the back yard of their home on Osborn and 24th St., in the heart of the city, called Green House Farm.  I visited Bryan a while back to interview him and I have to tell you, it was the most pleasant interview I’ve done as of yet.

We sat in his back yard, a mini farm, enjoyed the gentle breeze of the spring afternoon, watched the chickens cluck by, kicking up some dirt, and talked about the gorgeous vegetables growing in front of us. 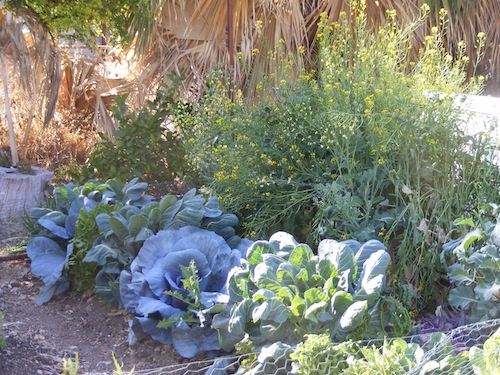 But Bryan will be the first to admit, living on an urban farm isn’t all roses.  It’s not the Martha Stewart experience you might be thinking it is.  There is compost, there are smells, there are chickens pooping everywhere, there are messy heaps of leaves and so on.  But that’s the beauty of it, says Bryan. 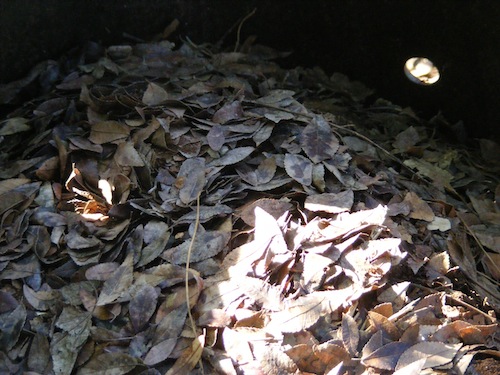 Bryan made a point to distinguish between urban gardening and urban farming.  He said,

The term I like to use nowadays is that I’m participating in horticulture, which historically has a different definition than gardening.  It has more of a caretaker’s role than a more manipulative structured role.  So gardening is taking the natural environment and infesting it with human control of the natural environment.  Horticulture takes a look at the natural ecosystems and attempts to observe those natural systems, appreciate those natural systems in the way they interact in positive ways.

In essence, Bryan sees himself as a builder of dirt.  He says “It’s about feeding the soil organisms and not about feeding the plant material”.  Part of urban farming is creating specific soil conditions and then allowing nature to work its magic, rather than micro-managing what happens.

Being a builder of dirt is not a big leap for Bryan since he is trained as an architect.  Urban farming grew out of a hobby and a passion, but to me, it looks like it’s a huge part of what drives him.  And a good thing too, since so many architects have been responsible for the demise of our natural environment, and here we have an architect who is actually restoring it.

Part of the beautiful thing about nature is the closed-loop system it uses, where waste isn’t just thrown away into landfills, like in man-made systems. In fact, it’s actually used as a nutrient.

An example of the way Bryan is closing a loop in our city is with his partnership with Lux Coffee Bar, which is where I met him.  After his morning cup of coffee every day, he takes three bags worth of coffee grounds and organic waste from Lux to his garden for compost.

“It’s good for Lux to get rid of that material, it’s good for their lessor, they don’t have to throw it into the landfill.  And good for us because we bring it back and use it as a nutrient for our farm” purports Bryan.  To close the loop even further, the Green House Farm will provide Lux with fresh herbs and greens for their upcoming expansion into a wine bar. 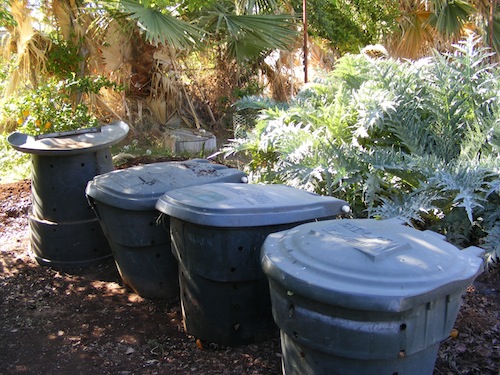 Something surprising about closing the loop that I learned from our conversation is the 60/40 rule.  Bryan told me that to really make his relatively small back yard urban garden completely self-sufficient, he has to dedicate 60% of it to nutrient production to then be able to make 40% of the land grow edible vegetables.  Currently he imports nutrients, like the organic waste from Lux, to his garden, but, he says, “ultimately the system is looking to provide all of its needs from local resources on this site.” 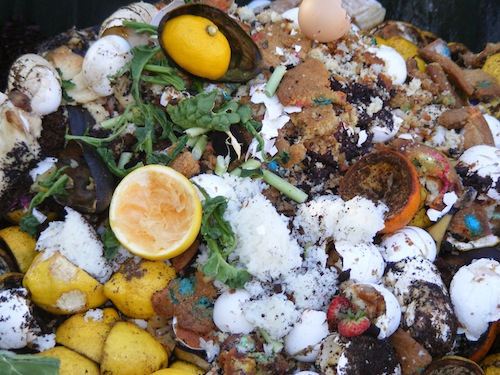 Stage 1 of the composting cycle, made up of largely imported organic waste 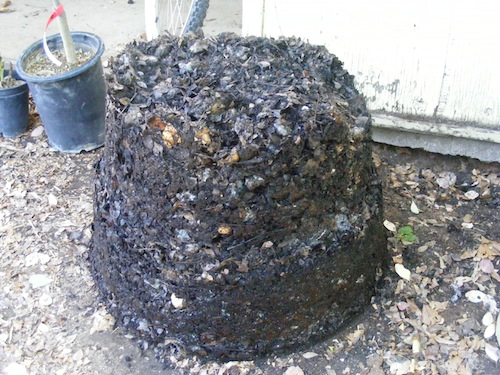 Bryan and Miro started growing their own food when they lived in Seattle and Portland.  And they managed to bring it to our desert city when they moved here 5 years ago.

I asked Bryan if he thought that others in the Valley could and should grown their own food. He pointed to the irrigation that was put in place by our forefathers. Bryan believes that “since we have this irrigation, it would be dubious of us to plant only grass.  I mean really, it would be silly.” 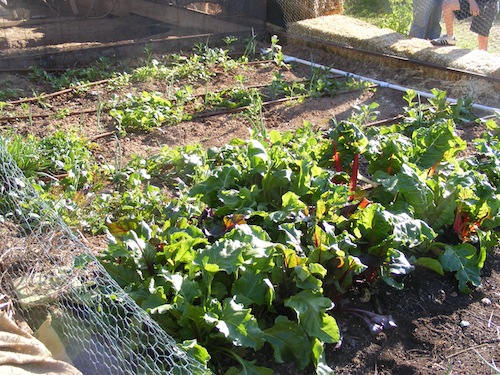 Partly because of his efforts, many of Bryan’s neighbors have joined in urban farming and food production and from this experience, Bryan is hopeful that “ it’s very reasonable to consider the productivity of this particular neighborhood is moving towards a sustainable food source.”

What an amazing impact it would have if more neighborhoods in Phoenix, especially those with irrigated lots, would start to grow their own food sustainably and then shared it with their community! Because besides the closed-loop system, another inimitable aspect of nature is its abundance, which lends to food sharing and building community relationships. 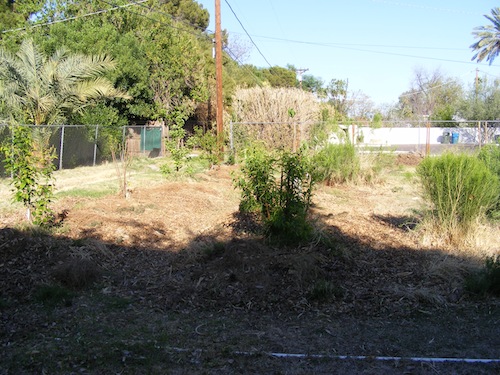 A more organic part of the farm

It’s not just the vegetables and the composting that make his back yard a farm, it’s his chickens too! He jokes, “our chickens are better fed than most people. They get a fully organic diet, it’s heavy on the greens.”  And you should see their beautiful coop, fully equipped with a swamp cooler and a heater. Suffice it to say, the Green House Farm chickens do quite well for themselves! 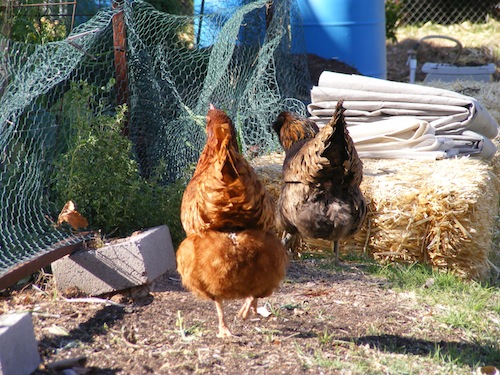 Because of his years of experience and loving care of his own urban farm, and besides being a practicing architect, Bryan is an urban farming consultant as well.  Visit the Green House Farm website here.

Bonus! Check out the chickens in action at the Green House Farm: