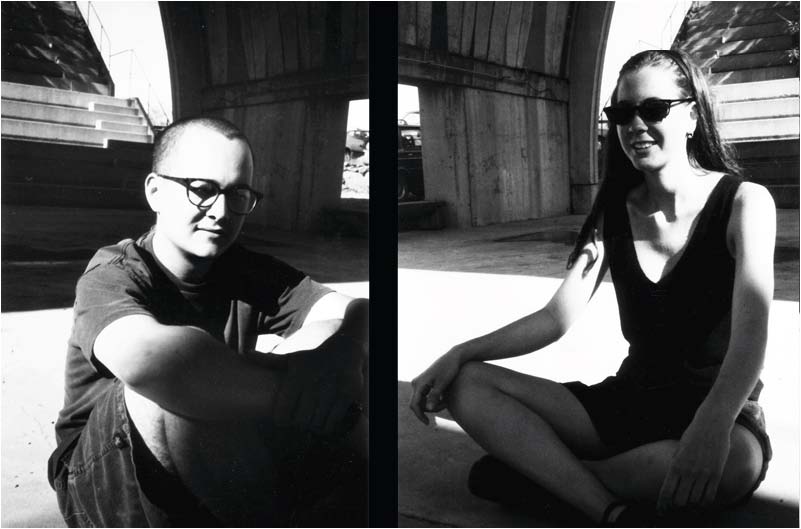 Alison King’s Visionary Introduction to a Film about Visionary Architecture

Last Saturday I had the pleasure of attending the screening of Great Expectations: A Journey Through the History of Visionary Architecture by No Festival Required, a movie documenting the crazy, other-worldly, and incredibly imaginative ideas for cities by true visionaries.

Alison King, the founder of Modern Phoenix, gave a fittingly inspiring and itself a visionary talk before the film which I feel should be shared with more people beyond those who attended the movie last Saturday.

“Thank you all so much for coming out for film today, and for helping us kick off Modern Phoenix Week. I was so delighted that Steve Weiss wanted to partner on showing an architectural film again this year as part of No Festival Required.

I had to make a choice today whether I’d improvise or whether I’d write something up and perform it. I improvise every day when I’m speaking in the classroom, so I thought of this talk as an excellent occasion for formality. Let’s dress it up a bit, and pretend we’re listening to National Public Radio. Indulge me in this driveway moment.

There’s something about film that captures what a still camera can’t. It gives us the vista, the big picture, and the context that architecture is intended to be viewed.

Film takes us there! So it’s really exciting to view an entire hour of  architectural pornography like today’s featured film Great Expectations.

I’ll be the first to admit it. I have what’s called a house-porn problem, and like most of you too, I get it primarily from the web. Good thing my spouse approves, and sometimes even joins in.

There’s something about the theatre experience that also can’t be replaced by viewing architecture alone. People of like minds, coming together to share this experience in the age of Netflix and Hulu and video on Demand – it’s nice to slow it down a little bit. Coming together has given us something to look forward to. The tempting glimpse of a reel you may have seen on YouTube has primed you for today’s climax.

Properly viewed, film heightens your senses. Just like in life, there‘s no rewind button in the theater. Blink, and an image will be gone.  Lucky for us, another equally delicious image will be served in its place.

I have to say I really enjoyed the editing and graphics in Great Expectations. I think the title sequence really says it all, with its typographic interpretations of the different modern and postmodern movements that have influenced these visionary architects. They may not share much in style, but they certainly share a unique point of view on how life should be lived.

So… what does it mean to be visionary, anyway? I’m told that Arizona’s own Paolo Soleri, who is featured toward the end of the film, doesn’t care to be called visionary – but really, what’s the big deal? It’s a gift! To be visionary means to see what others simply can’t, and the help them see it, too. Without Visionaries we’d not be able to experience the possibilities of “What if?”

What if we descended a city down from a zeppelin in the sky? How would that shape our experience? What if we obliterated all right angles? What if we harnessed the power and strength of the dome? Or the sun? These visionaries didn’t just ask the questions, they answered them! And when it burned down, they built it bigger and better! When they were laughed at, they laughed along with them – because architecture can be fun!

Where would we be without these wise fools twisting our perception of what a city can be? I’ll tell you where. We’d live in a dull and dreary world.

As some of you know (and most of you probably don’t) my husband Matthew and I spent a summer at Arcosanti in the 90s, helping to build one of the cities featured in this film. Everyone wants to know: what was it like? Did they try to brainwash you? No, they didn’t. Was it a forced labor camp? No, it wasn’t.

What we did find was a way of living that completely shocked us out of our systems, and made us fall even more madly and deeply in love. We renewed attention to our consumption habits and the footprint we’d leave on this earth. And frankly, it started to make New York City look kind of tired.

My future husband Matthew worked in construction, helping to pour concrete. I hung weeks worth of drywall, then spent some time molding clay and making bells.

But what’s it really like?  I’ll be truthful here. It’s like living on another planet. The architecture softens you. It influences your every step. There’s little point in fighting it. You have no other choice but to engage with it. And for every moment you question whether you are on Planet Earth, there’s a stunning vista to ground you back into to the high desert of central Arizona.

Matthew and I both came of age in Arizona, then lived in New York City for ten years, but it wasn’t until we worked at Arcosanti that we ever seriously considered coming back. I can say with certainty that if we hadn’t lived the concept of frugal living where less is more, we probably would never have built ModernPhoenix.net — and we’d never have what we call the Modern Phoenix Movement today.

I recall sitting on top of the vaults at Arcosanti in the early 90s, watching a meteor shower and talking with the locals about this thing called the internet and how it might change our lives.  Change it did. I fell in love with hypertext and its ability to connect us across time and space – so much that I wrote my Masters Thesis on using hypertext as an art form. Now everyone has a website, even your grandmother with her knitting blog.

I didn’t grow up with the life plan that I’d become a preservationist, either, but I fell into it sideways – hypertexturally you might say. And it’s only through the support of our community that we’re able to move forward and bring to light the architectural greatness of our own city. I’m grateful to you. And I’m grateful to No Festival Required for bringing such a beautiful and stimulating film to share with us today.

Maybe you’re a visionary yourself, and you just don’t know it yet.  Gandhi said it best, urging us to BE the change we wish to see in the world.

I know that some of you out there are visionary enough to do that. And so for you, I have only the Greatest Expectations.“ – Alison King, April 10, 2011 , Founding Editor of ModernPhoenix.net

Modern Phoenix Expo is tomorrow – Saturday – from 11am to 6pm at the Scottsdale Center for Performing Arts.  It is a FREE event, chock full of great speakers and great exhibitors, so be sure to check it out!