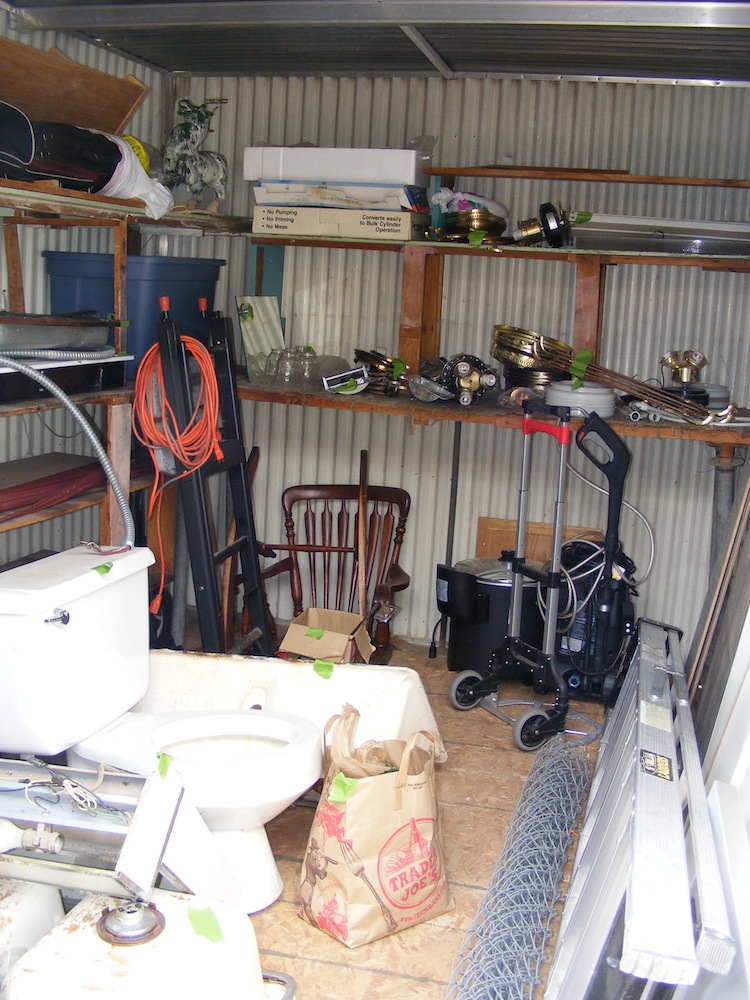 7 Things You Should Know About Stardust Building Supplies

1.  How Stardust Building Supplies got started:

The stars aligned and two guys who had the same idea at the same time came together and went for it.  The first guy, an investment banker, saw his neighbor remodeling his home.  He noticed that his neighbor was tossing perfectly good cabinets in the dumpster.  When he was driving out and about, through poorer neighborhoods, he thought, what a shame, these people could really have used those cabinets!

The second guy was demolishing his house to build a new one.  The day he and his wife were moving out, their maid came to them and said one of her relatives was in need of a refrigerator and asked if she could take theirs.  They said sure! The next day she asked for their stove.  They told her that whatever she needed, she could have.  A few days later, they came back to find lots of things gone from their house, such as doors, cabinets, and appliances.  They realized that people could really make use of these used building materials.  His wife remarked, what a service this would be!  And he, being a big money guy, said no, what a business this could be.

So the first guy vaguely knew of this second guy and he called him up to discuss his business idea.  They had lunch and sparks flew!  They both had had the same idea at the same time, in different places.  The first guy asked the second guy for $50,000 to get started.  Second guy said no.

He said, I’ll give you a credit line of $500,000 because I want this done right.  I want good stores and good service.

The rest is history!

I asked for the names of the two founders, but no luck! They’re flying under the radar, on purpose.

There are 2 of them.  One is on 4240 W. Camelback Rd. and the second is on 1720 W. Broadway Rd.  What’s in these stores?  Well buidings supplies, duh!  Anything from windows to faucets.  Everything except raw building supplies such as plywood, masonry, roofing and things like that.

The stores are supplied with donated materials.  Eighty percent of the goods in the stores are used materials donated by homeowners or remodeling contractors.  The rest are things manufacturers or distributors will donate that they can’t use, such as off-size windows or window coverings, or the wrong color floor tile.

Do you have plans to remodel your home or know of someone who is?  Did you know Stardust will come to your house for FREE and deconstruct whatever it is you want removed and haul it away?  For example, if you are redoing your kitchen, they will remove your old cabinets, your old sink, stove, oven and refrigerator, as long as they can keep them and sell them at their stores.

So forget paying your contractor for demo, just call Stardust!

Did you replace your old toilet and now you need to get rid of your old one?  Not to worry!  Just call Stardust and they will come pick it up with their truck.

Did you know that Stardust actually goes out and repairs homes in distress fro FREE?  They won’t do cosmetic remodeling, but they will repair homes for basic safety, security or quality of life issues.  They take referrals for homes from churches, social service agencies, civic groups or other charitable organizations.

The executive director of Stardust, Todd Stingley, tells me that they will even accept direct applications for help. So if you know if someone who is in dire need of home repair and they can’t afford to do it, they might have a chance to get free services from Stardust.

Once a year, they take a home and a homeowner who live in a badly dilapidated or damaged home and can’t afford to fix it up, and they will go in and renovate it!  They are just about to start this year’s home which is located on 5836 W. Elm St. in Maryvale on Monday.  They will replace the roof, the kitchen, and the flooring among other things for the lucky homeowner, who is a single, struggling grandmother taking care of her grand kids because their mother left them.

7.  Why I love Stardust Building Supplies

The organization is both an environmental and social hero!  They save tons of usable, durable building products from the landfill and they make them available at 50-80% off the retail price, making it much easier for economically disadvantaged people to fix their homes.  Plus, it’s not a bad place for us treasure hunters.

They are self-sufficient, using the income from their stores to operate the non-profit and fund all their other charitable endeavors, such as the deconstruction and angels on call services.  Need I say more?

Photo credit: Our shed at 3 Palms shortly after we completed renovations filled with the old fans, lights, toilet, sink, stove and other goodies that we donated!