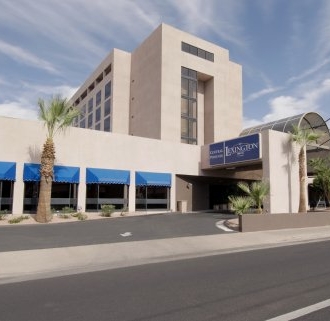 Below is the second half of my interview with Feliciano Vera, partner at Habitat Metro, the development company behind Portland Place, The Oasis Motel redevelopment and now the Lexington Hotel redevelopment.  If you missed the first half, make sure to catch it here!

Blooming Rock: How has the economy impacted you? I know Habitat Metro started in 2007 when everything was flying high. How has it changed you?

Feliciano Vera: It’s reinforced our discipline in terms of our basic business discipline and our focus on opportunities and work that passes basic economic muster. We have to be able to support ourselves. So if it doesn’t pass that threshold test, we’re not going to be interested in doing it. Having said that, it doesn’t mean that we’re not going to continue to explore opportunities that are out there. But the crash and the downturn have really validated for us our contrarian take on real estate in general. We’ve been very bullish on Downtown, on investment around transit. People have looked at the detritus and the wreckage of the market and thought, alright, long term, where and how do I need to place my capital, place my resources, and my time and my energy? People are looking at projects in areas, in geographies, submarkets that have all those indicators that I’ve talked about. We’re ten years ahead of the curve, in terms of knowing and understanding what those markets are about, how complex that work is. We’re ahead of the curve in a real estate market that is one of the most competitive markets in the country. We feel very strongly that we’re well-positioned to succeed and thrive in the future.

Blooming Rock: Why is transit-oriented development important to you?

Feliciano Vera: Access to opportunity. Plain and simple, it’s about access to opportunity. Let’s really focus on that. One of the by-products of an auto-oriented culture is that we have created a society or a set of social institutions in the Valley where participation in public life is predicated on owning an automobile, where your ability to access life’s basic necessities is predicated on owning an automobile. And so we have a huge segment of our community that is incredibly underserved and is unable to participate in the economy writ large as a consequence. Not that they’re unwilling, not that they’re not capable, there are just very real physical barriers to their ability to participate in the economy and in the public sphere. As a good example of this is, I’m going to pick on Paradise Valley. Paradise Valley is a lovely community but there’s very little pedestrian infrastructure, there’s no bus service and so a lot of the folks that provide domestic help, that provide manual labor, that provide services to folks that live in Paradise Valley, a lot of the worker bees, they’re riding their bikes, they’re catching the bus, they’re walking just to get to work so they can pay the bills. They can’t afford a car. There’s a huge tragedy there because it’s an economic inefficiency. You’ve got a very large segment of the labor market that’s spatially mismatched with the workplace.

Transit-oriented development is a critical component of our region’s ability to compete in the 21st century. I’m convince of it not only because of the need to facilitate and enhance access to the labor market on the part of the large community, that’s one part of the labor market. Then you look at what transit-oriented development or the types of urban environments that we are in the process of creating and rediscovering are doing to attract knowledge-based workers and again enhance our ability to compete in the 21st century.  (Phoenix has a huge number) people who work in knowledge-intensive industries, (for example,) we’re number 2 in terms of our concentration of engineering talent in the entire country.  People don’t know that.  We don’t realize that we’ve got those resources by virtue of our large aerospace industry and our large semi-conductor industry.  The question is, what about the creative talent that helps design the chips, that helps design the airplanes, that leads the conceptual planning, the conceptual design ahead of the actual cds (construction documents)? A lot of those folks, they like the aggregation of places and opportunities to spontaneously interact. When we’re competeting for talent, talent’s going to look at where they can access quality opportunities to flex their minds, but also, enjoy themselves. We’re going to lose out if we don’t have a vibrant urban fabric.

Blooming Rock: How does it feel to be a Mexican-American in the Phoenix development world?

Feliciano Vera: Lonely. There’s not a lot of us. You can count them all on one hand. Doing urban development? I don’t know who else is out there. But there are a few of us. When I say it’s lonely, it’s lonely insofar as it’s tough to be able to navigate the demands of different communities to successfully bring a project to fruition. The work of development, in my opinion, is very much a matter of figuring out how to create value in multiple dimensions. Private sector value is defined, traditionally, in terms of bottom line. What is the profit potential of any given project? The community and communities have different ways of expressing value. A relatively new entrance into a neighborhood may have a different notion of what’s valuable to them then longstanding residents and there is typically not only a generational divide, but an ethnic divide at least in a lot of our communities Downtown. And then the regulatory bodies have a different set of values that they are trying to uphold and create, and those are often times different than the values of the elected officials. So the trick is to figure out how to successfully create value for all these different components of the community, how to create social value and social capital while building economic capital as well. That’s a tough negotiation.

It’s even more so when you are really dealing with the complexities of community and the evolution of community. There aren’t easy solutions to a lot of the challenges that our city is confronted with, our region is confronted with, so you have to be able to have tough conversations, to be able to understand and preserve relational value in a very real way. You can’t focus purely on the creation of economic value at the expense of the relationships that are there, and so that becomes a very challenging proposition and it’s one that, good, bad or otherwise, I have to deal with and I have to confront. It requires a level of maturity about the work that I think has been absent in many ways. And certainly it’s a level of maturity about the politics of development that is very much absent in the public conversations about the economic development of and the growth of the state writ large. We’re not having those conversations.

The fact that we have 1070 that’s been passed, we’ve got this crazy legislation that’s aimed at eradicating 14th amendment rights tells me, there’s a lot of folks that don’t even want to have that conversation. So it makes the urgency of my work that much more extreme. It reinforces it that much more. Because I think the only antidote to that unwillingness to have conversations is to continue to create opportunities for that conversation to happen organically. Opportunities for people to randomly bump into each other and discover difference, be confronted by difference and realize, you may look different than me but you’re just the same as I am. You may speak with an accent, but hey, you’re pretty cool. We’re not having those conversations because we don’t want to.

We are in a region where politics is very much defined by a geography of isolation, where it’s easy to avoid conversation. It’s easy to avoid being confronted and engage in a conversation, a dialogue with someone’s who’s different. I want to emphasize that word conversation.  It’s critically important to our work, it’s critically important to successfully developing opportunities for community to occur. It’s a virtuous cycle.  If you’re not having a conversation, you can’t create. You can’t collaborate. There’s no chance for you to take the gamble that one plus one may equal three.

Blooming Rock: Tell me about The Oasis Motel project, why are you guys doing that project?

Feliciano Vera: Because it needs to happen. We don’t have enough affordable housing Downtown. We don’t have enough housing that is done in a way that is sensitive to the needs of the community. The other reason is that we’ve got all these opportunities, we’ve got all these existing buildings that are opportunities to creatively address those gaps, whether it’s gaps in our housing, whether it’s in retail availability, in commercial space availability. It’s a challenge. I feel like Sir Edmund Hillary – “Because it’s there”.

Blooming Rock: What about the risk though? Grand Avenue isn’t necessarily already the most economically vibrant area in town.

Feliciano Vera: It’s a hefty risk, but it’s one that we’re willing to make based on a pretty detailed analysis of the market demand. We know based on the combination of anecdotal, qualitative and quantitative data, from our work in Portland Place, from our diligence in other opportunities in Downtown that there is a substantial demand for housing opportunities across a variety of spectrums but clustered at income levels that are at or below the median income level. We have not filled that gap with quality housing and so we feel the market opportunity is there. This is one of the instances where we believe that our understanding, our commitment, our on-the-ground legwork has provided us with a data set that is different than folks that are underwriting to an algorithm, that don’t know how to do old-fashioned legwork, that don’t understand the vibrancy of what is happening in the core. So we believe that that project will be successful and we believe that based on the collaboration we’ve undertaken with the Grand Avenue Merchants Association, with other stakeholders outside, with the Capitol Mall Association, with Downtown Voices Coalition, that this project will be a successful project and it will reinforce the value of the investments of time, energy and the capital that have already been made, that have been made in riskier conditions by all of the small entrepreneurs, the artists, and the business owners up and down Grand Avenue.

Photo Credit:  The Lexington Hotel on Central and Portland, soon to be transformed into a boutique hotel by Habitat Metro.  Photo from Roadside America.

Leave a Reply to Tweets that mention Feliciano Vera on Phoenix’s Geography of Isolation and the Importance of Having Conversations | Blooming Rock -- Topsy.com