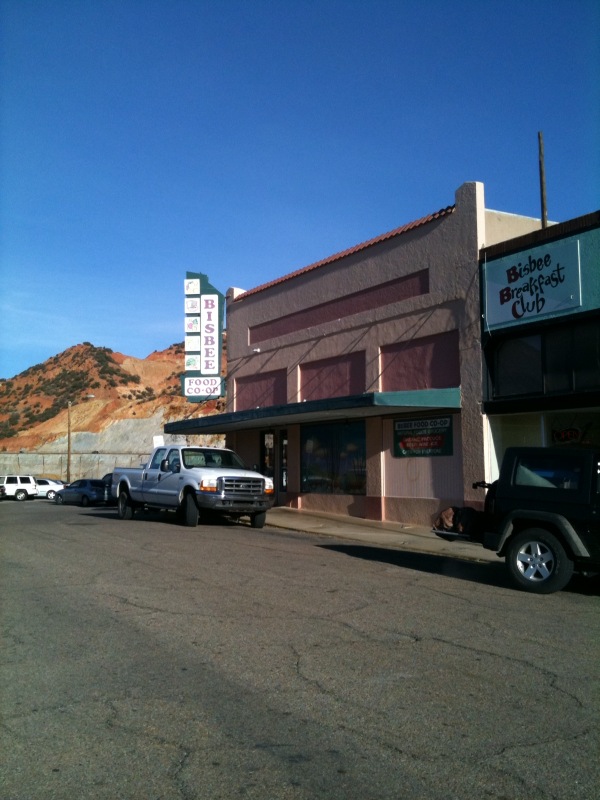 6 Things Phoenix Could Learn from Bisbee

You may think Bisbee, AZ is just a podunk town in the middle of nowhere and what the heck could a big city like Phoenix learn from a no-place like that?  Well, to some people’s surprise, they get a whole lotta things right in Bisbee and we could take a few pointers from the tiny town here in our mega metropolis. 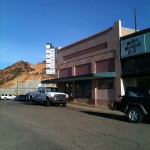 There’s a big emphasis on local in Bisbee. I know Bisbee is often seen as a tourist trap, but it’s not.  In fact, Bisbee has a very strong and loyal local population that makes sure to support all their restaurants, coffee shops and stores.  I also noticed that the restaurants make every effort to source their produce from southern Arizona supporting surrounding farmers.  For example, the Bisbee Food Co-Op, shown on the left, is a major produce stop for locals.  Businesses also make sure to support local visual artists as well as musicians.  There’s a real sense of banding together in Bisbee and helping your fellow Bisbeeian out.  Now this doesn’t mean that Bisbee demands loyalty from it’s locals despite offering poor quality.  Au contraire, I’ve found the food, the arts, and the accomodations in Bisbee to be world-class, and no one’s settling for anything less, which is unusual for a small town in the middle of nowhere.  This may be another reason for local pride and local support in Bisbee.

I think we could do a whole lot better here in Phoenix in regards to supporting local businesses and having local pride.  Local First Arizona has definitely been a catalyst for this, but the quest for local support still seems to be an uphill battle.

It’s the rich history of Bisbee as a burgeoning and successful mining town that makes the town what it is today, and the locals know it.  It’s also what brings the tourists in.  I do believe, however, that the regard for history in Bisbee goes beyond just being tourist bait.  There is a certain connection to the past that permeates every place in the town.  This is probably because much of the town in terms of buildings and roads and such, has been preserved.   There certainly isn’t very much demolition that goes on in Bisbee.  There are little things that show up as well, such as placards explaining the history of buildings and historic art such as this photo at the Bisbee Coffee Company.  The locals seem to know their fortune and future lies in preserving their past.  Now if only we could figure this out in Phoenix! 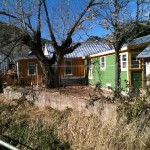 Metal roofing is my favorite kind of roofing and I think the most appropriate roofing for the desert.  Read why here.  They seem to “get” the benefits of metal roofs in Bisbee as they are everywhere, as pictured on the left.  We need to follow suit here in Phoenix, jump on the bandwagon and get ourselves some metal roofs! 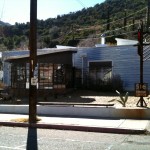 People are not afraid to be different in Bisbee.  Moreover, people aren’t afraid of others who are different.  You can tell in the way Bisbee locals dress, the way they make art and they way they design their buildings, such as this architect’s house.  This is what gives Bisbee a funky and unique personality.  What is our personality in Phoenix?  Do we even have one? If we learned from Bisbee’s willingness to embrace different people instead of trying so hard to be a sea of beige, we might just grow a personality as a city. 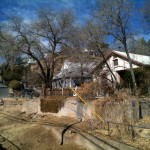 Granted Bisbee is nestled in the Mule Mountains and is dense by the sheer necessity of difficult topography.  But there is something efficient and fitting to Bisbee’s density.  Buildings are built amongst the mountains not in dominance but in deference.  Even single family houses appear in dense ways, sometimes almost on top of one another, as shown on the left.  All this density makes Bisbee a very walkable little place.  You can park your car down the hill and leave it there while perusing stores and restaurants all the way up the hill, no problem.

We could learn to build efficiently, in deference to the desert and in service of walkability at least here in Central Phoenix, even though our topography makes sprawling so easy.

For a tiny place, there is lots of public art in Bisbee, for example this mural at the Jonquil Motel.  The proliferation of public art is partly due to the artists haven that the town has become.  It certainly plays a role in contributing to Bisbee’s unique sense of place.  We have our fair share of public art here in Phoenix, but we definitely could use more.  Unfortunately, here in Phoenix I sense a general distrust of public art as a misuse of public money, but in fact, public art is a tremendous resource to the community that pays for itself many times over.  And it is a great place maker as is evidenced in Bisbee.