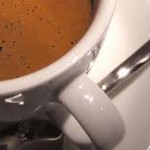 “Yes Virginia, there is community in Phoenix”

Today’s post is by Jim McPherson, a dedicated and revered community leader here in Phoenix…

A few months ago at Hob Nobs Coffee House I chatted with Russ Haan of After Hours Creative about the “ups and downs,” “twists and turns,” and “progress and pitfalls” of getting projects off the ground in downtown Phoenix.  In our conversation we rattled off a dozen or so, but later I got to thinking, “How many projects are we talking about?”

Before I go any further, let me define “projects.”  It’s those “fine grain” projects, initiatives, events, and activities organized by individuals and groups that care deeply about their community and work hard to promote and enhance the place they call home.  (Yes Virginia, that would mean Phoenix.)

With pencil and paper in hand (No Virginia, I don’t have an iPad), I jotted down everything I could think of.  I didn’t dwell on whether something was concrete or pie-in-the-sky, or who initiated it.  After three sheets of single-spaced scribbles, I called it quits.  My writing hand hurt.

I had come up with 94, and that’s not even including the seasons of professional sports teams; seasons of arts organizations large and small; neighborhood and block watch meetings; events (like parades and festivals) revolving around major holidays or cultural groups; or the work of individuals, businesses, non-profits, and government agencies to fix up and make more inviting their own spaces.

My list is not definitive, of course.  I’m certain you can add to the list. That would be great, by the way.

So my point is (Yes Virginia, I’m getting to the point), there are plenty of opportunities for anyone who wants to offer up their time, talent, and commitment to build a better community.  Granted, there may be political hurdles and fiscal roadblocks to get some of these things done — or even halfway achieved — since we’re still in the midst of the Great Recession you know.  But it’s the striving that’s important otherwise, “We should have no enjoyment, except in sense and sight.”*

Let’s review my list with handy links included.  It’s divvied up into categories of my own making rather than a straight alpha-sort.  You may want to plop one or more items into a different or new category, and that’s fine.  The most important thing is that the list is down on paper (on Taz’s blog right now and in the near future at Downtown Phoenix Journal in a cool, wiki format). 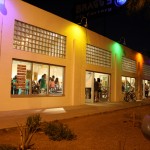 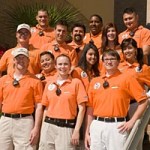 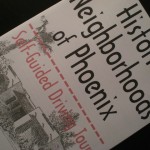 A great way to learn more about downtown and adjacent neighborhoods is to get out and walk.  Take a walking tour of… Coronado, Downtown, Encanto-Palmcroft, F.Q. Story, Grand Avenue, Jane’s Walk, Midtown Museum District, Modern Phoenix, Sunnyslope, Willo, and Windsor Square.  You can even receive a free tour map of Phoenix’s historic neighborhoods, created entirely by volunteers with the Phoenix Historic Neighborhoods Coalition, by sending an email.

Shop Till You Drop 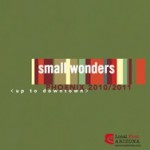 With a few more shopping days until Christmas in the back of my mind, here are a couple of ways that locals can shop locally: ASU Sun Card, Community Supported Market Card, Independents Week, Metro Max Card, and Phoenix Small Wonders.

“VIRGINIA, your little friends are wrong.  They have been affected by the skepticism of a skeptical age.  They do not believe except [what] they see.”*

Well, 113 years later and 2,420 miles to the southwest, there is more to see of central Phoenix — as a community — than meets the skeptical eye. Hopefully this list will spur you on to get engaged in an existing project or encourage you to initiate something that fills a hole or strikes new territory.  And if you live or work outside of central Phoenix — in another council district or city across the Valley — I’m sure you can get out your own pencil and paper and create a similar list.  I, and I know many others, would enjoy reading it too.