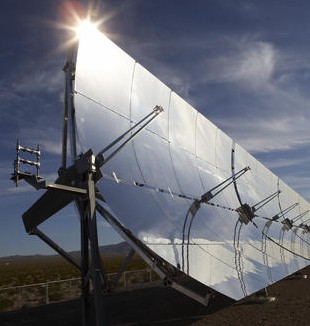 Good News for Energy in 2011 from the New Tax Bill

Many of the federal tax benefits for clean energy and energy efficiency were due to come to an end on December 31.  This was bad news for the green economy because these benefits are often what grease the wheels of clean energy and energy efficiency companies.  When these benefits expire, green energy companies suffer, contract or go out of business, taking countless green jobs with them.  Below is a list of 4 items that are seeing a benefit extension for another year which bodes well for the green economy (at least for another year):

Photo Credit: At the first ever concentrating solar power plant in the country, in our very own state!  Photo from Clean MPG.