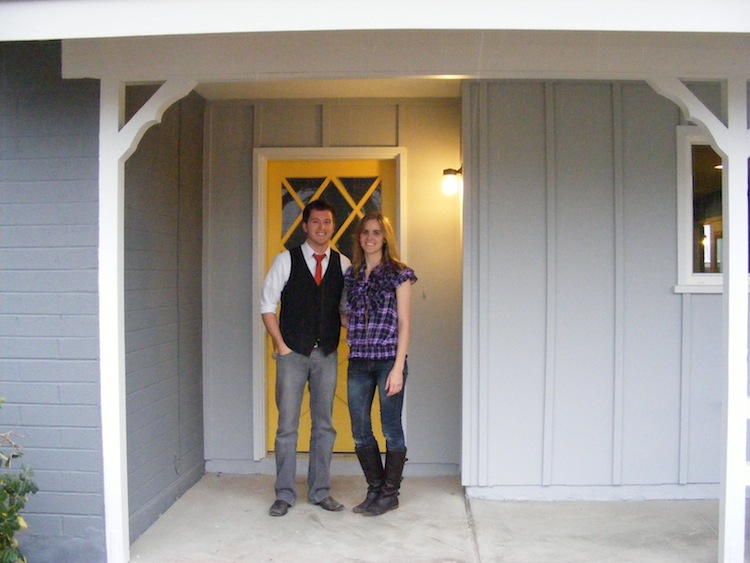 Recently I’ve met a few really talented architecture graduates that haven’t been able to find a job at a firm due to the depressed economy.  This may sound like an unfortunate thing, but it turns out that these brilliant graduates are making a much bigger difference right out of school then they ever could have if they just found a job at an architecture firm.

An example of a very talented architecture graduate I’ve gotten to know this year is Cavin Costello.  He is a Master of Architecture graduate from Northeastern University in Boston and he came out to Arizona because of the unique architectural style of modern meets industrial meets rustic that is unique to this place.  Cavin is one of the principals, along with Claire Aton of a design and development company called The Ranch Mine LLC.  Along with their investment partner Chuck Aton with Cycle Development, Cavin and Claire find existing homes in the Valley, generally located near transit and in the heart of a Valley city, and they renovate them into hip, modern, and green places and then resell them.

I was delighted to see their first project, which is in Tempe, just being completed yesterday.

This is what the house looked like before Cavin and Claire got their hands on it: 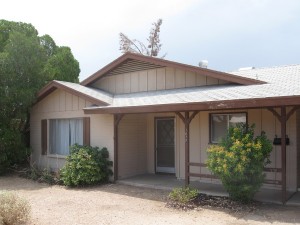 Cavin and Claire aren’t your typical developers.  The most remarkable thing about their approach to old homes is this:  they seek to remove things from the house, not add to it.  “When we design, it’s a sifting process at first, seeing what stays and what goes.  It’s more a removal process than an adding process.  And you actually end up adding square footage by removing walls,” says Cavin.

Here’s an example of what he means.  There was a very narrow hallway running down the middle of the house: 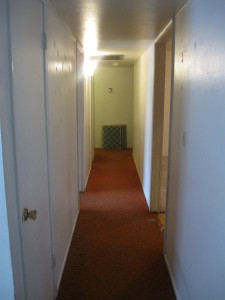 And they removed the walls that made up this hallway and completely opened up the house, allowing for a greater flow of space and circulation.  This is what it looks like now: 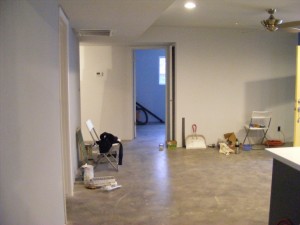 It’s almost unrecognizable, isn’t?  Well, that’s the power of careful design, based on removing elements that don’t work and in turn creating a more livable space.  When they removed the tight hallway, Cavin and Claire were able to create this great open kitchen that overlooks the new living space: 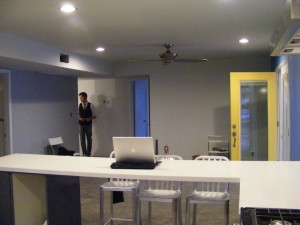 The original living space was a secluded room facing the street, separated from the rest of the house:

But Cavin and Claire converted this room into a “formal” room that can be used as a formal dining room, a library, a music room or whatever the new owner wants to use it as.  The designers really posited this room as a more of a private space for the residents, not so much a public space for guests because of it’s separateness.

One of the ways Cavin and Claire have updated the house is by making it more usable by their target demographic, which is young people in their 20s and early 30s.  They feel that the living space they provided not only works well for guests as it directly opens to the kitchen, but it is also visually and physically connected to the back yard through the glass french doors: 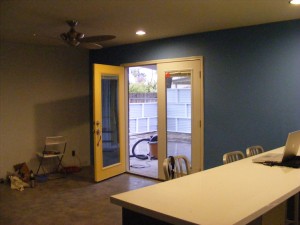 Cavin and Claire feel that a permeable connection between the indoors and the outdoors, especially in our climate, is a particular feature that appeals to their young demographic.  How do they know that?  Well, they simply ask themselves, would they like that in their own home?  They are themselves a young couple in their mid-twenties, exactly the demographic they’re designing for.

Another feature they designed for the younger generation is the idea of low maintenance.  Notice the fabulous concrete floors throughout the house: 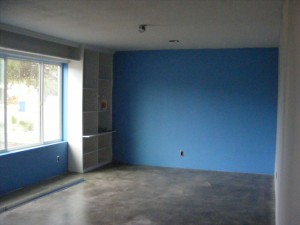 They had to remove shag carpeting, vinyl tile and sheet vinyl to get to these beautiful floors, and it was well worth it.  Aesthetically, the gray concrete sets the tone for the entire project.  But more importantly, functionally, concrete floors are extremely low maintenance and they are great for indoor air quality.

Speaking of aesthetics, notice the bold blue that Cavin used on select walls in the house.  He told me that the blue only went on walls meant for social spaces, and a neutral gray went on the center volume of the house which makes up the bedrooms.  This kind of a discerning eye towards color as an organizing element can only come from a trained designer and is something that is often missing in most developer projects.

The main thing that distinguishes Ranch Mine projects from a lot of other flips is that they don’t cater to the bottom 90% of the people on the market.  They cater to the top 10% who are looking for a quality home with designer features.  One such designer feature that Cavin worked on is the back courtyard and fence.  This is what it used to look like, dark and oppressive: 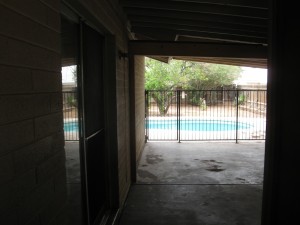 And this is what it looks like now, open and inviting: 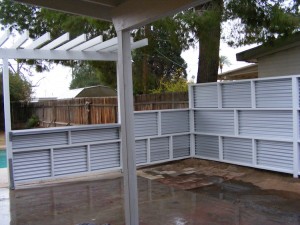 Cavin and Claire removed the added overhang that made not only the courtyard really dark, but it also made the interior of the house dark as well.  They opened it up to make the back courtyard much more usable and inviting as a great outdoor entertainment area as well as a nice connection to the interior living area.  Plus notice the corrugated metal fencing, which adds a nice modern touch to the exterior of the house.  Cavin used this design detail on the gate as well: 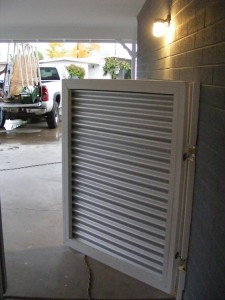 It’s clear that Cavin and Claire have gone beyond just adding features and crossing off a checklist, which is what most developers do with flipping houses.  Instead, with loving care and attention, they’ve transformed this house from an old inefficient 1960s building whose floor plan made for dark constricted spaces into an open, hip, and sustainable home that appeals to Generation Y.    Plus, they make sure that the upgrades they make to the home will last another ten years at least, in keeping with their low-maintenance philosophy.

In addition to renovating more homes of their own, (they are getting ready to start another one in the new year) they are also planning on consulting with other young people who are in the market to buy a home.  They want to consult with those who would like to get a “custom designed” house, but think they can’t afford it.  Cavin and Claire have found that adding custom design to existing homes doesn’t have to be out of people’s financial reach and they’d like to help more people achieve it.  This isn’t great just for those prospective home owners, but it’s great for entire neighborhoods, because every old house that gets a dose of good design will influence houses around it, soon turning entire streets into renovated, vibrant and proud communities.

Photo Credits: All photos by the author unless otherwise noted.