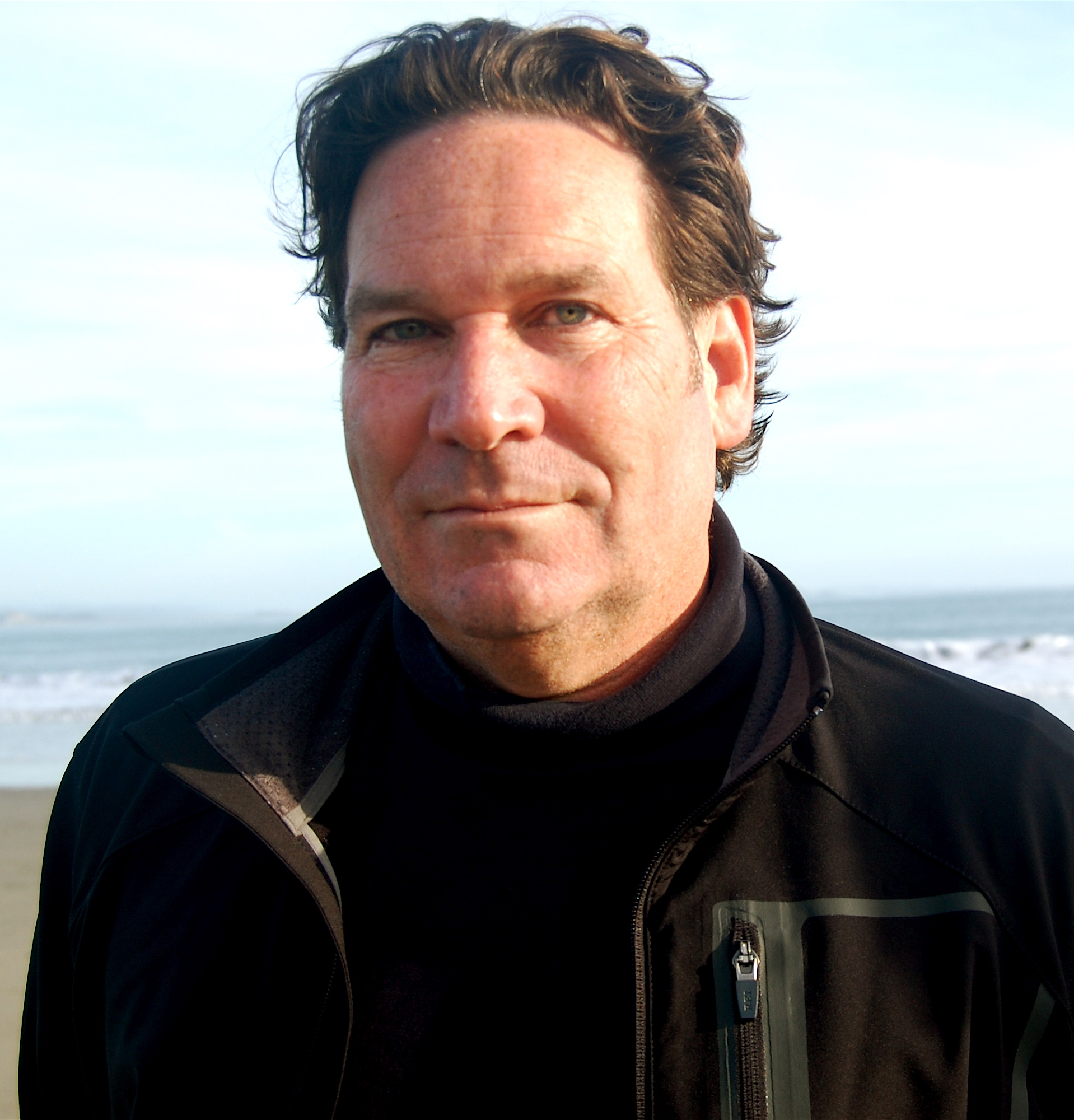 Anonymity, Memory, The Body and The City 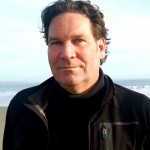 Today is a very special Thursday installment of the Blooming Rock blog.  Kevin Kellogg is the guest author of today’s post.  Kevin, AIA, NCARB, LEED ap is Urban Laureate at the ASU Stardust Center for Affordable Homes and the Family.  He is an urban designer, architect and planner and principal of Kellog + Associates based in the San Francisco Bay Area.  Kevin has over 25 years of experience in the planning, design and development of affordable housing and community planning.  He is currently serving as the Urban Laureate, a research fellowship devoted to sustainable urbanism and community engagement.

‘Memory is not an instrument for exploring the past but its theatre. It is the medium of past experience, as the ground is the medium in which dead cities lie interred.’ Walter Benjamin

A few weeks ago, I was walking in a San Francisco neighborhood, and I saw the Google car drive by.  This is the one with the array of cameras attached to the roof that records the massive amount of data needed to create the amazing Google Streets application. If you haven’t seen it, Google Streets is a map program that can zoom to an eye level view of the street. The viewer can pan around and see the street in amazing detail, including addresses, architectural details, signs and plants.  You can even navigate through the city streets and get a pretty good idea of the neighborhood.  Sometimes a person appears in the pictures, whose face has been subtly blurred to protect his personal identity. On that day, I was that person, captured by the relentless scanning and recording of the Google collective memory machine.

This got me thinking about two things: anonymity and experience. Walter Benjamin wrote more-or-less that the difference between a city and a town is chiefly one of anonymity.  The city dweller gives up some space and replaces it with a life full of haste and purpose, which in Benjamin’s view was well worth it. The project of a city is one of millions of individual acts, and the agreement between city dwellers that makes this possible is one of anonymity. The sense of privacy that is created by physical space in the frontier is accomplished in a dense city by the conceptualized personal space of anonymity. That then becomes the space for interpretation of experience. To quote Benjamin: “all human knowledge takes the form of interpretation”

Like Google’s car with the cameras mounted on the roof, the human body becomes the instrument that collects, stores and processes all data that defines the environment.  The Google camera-car operates on the frontier of technology, collecting, storing and processing the same environmental data set, enabling a disembodied but startlingly realistic rendering of a city street.  Here in Phoenix, the region went from frontier to big city in a matter of a few decades, and inside this city a frontier is still trapped. While in San Francisco the spirit of the frontier crops up in scrappy realm of information gadgetry, in Phoenix the essence of the frontier is still embedded in the built environment itself.

The frontier that became modern Phoenix was settled much the same as the rest of the US. (the region was once populated, of course, but that is another story) The first to arrive were the surveyors. Like Google, they set up their instrumentation, took measurements, recoded the data and made maps.  The lived remotely, and weirdly, and their prime directive was the setting of boundaries to establish the regions of ownership, control and jurisdiction. In this process they recorded the physical shape of every fixed thing, and memorialized it in great tomes of maps that are still available today in the public record. Property men followed, and engineers, and business interests and so forth and so on until a little metropolis emerged.

The physical space that engulfed Phoenix was truly isolating. A culture evolved, as it did all over the west, that included the values of open space, privacy, and “minding your own business”. This ethos has maintained throughout the short history of the city. In Phoenix, isolation is the norm. That’s part of its roots as a frontier.  It has grown so fast; it hasn’t had a chance to become a real city. And even though it was founded not too long after older cities like San Francisco, it wasn’t until the 50’s that it really started to grow. The conditions for growth weren’t there before that.  Rugged terrain, distances and, it’s just too hot in the summer. It wasn’t until air conditioning and affordable cars came along that its expansion began.

This history explains a little why Phoenix is built the way it is, not from neglect, but from the formed experience of human beings, pursuing their hopes and dreams in a majestic desert.  The extreme heat, the geographic scope of the valley, and ambition were the ingredients of that experience-felt through the bodies of the early residents. Air conditioning and cars were no doubt seen as the lifeblood of ambition, enabling the mercurial growth and gangly layout we have today. Those technological innovations could have been forces for bringing people together.  However, much like Google Streets, which is designed to connect people to destinations, they served to further isolate people from each other and from their own experience.

This seems a far cry from traditional townie values one would have expected, and that now seem like urban values: shared community space, neighborliness, and collective agreements that are the backbone of any city.  What is the way forward? Some insight lies in the role of anonymity, our bodily experience, the process of interpretation and the creation of living memory.

I think the key is to engage.  Engaging in either a personal experience with the city, or a collective experience with each other. Benito Juarez said: “Respect for the rights of others means peace.” All this talk of anonymity should not dissuade you from engagement, quite the opposite. Anonymity, its essentialness to city life, has a role in creating a space for interpretation of the world. In the life of a city dweller, one of anonymity, of haste, of purpose, the swirl of activity is interpreted within this sphere of personal space. This space in the frontier is provided by physical isolation and lack of people. The sense of isolation is reinforced not by city life, but by the frontier. A city street feels weird without people in it.

The human body comes pretty much standard issue with sophisticated scanning and recording equipment.  Your eyes, nose, skin, etc are constantly transmitting information to your brain about your environment. Air temperature, humidity, breezes, aromas, cool shade, blazing sun, traffic noise, or a whisper breathed in our ear on a sidewalk. Samples at the farmer’s market.  We can also sense danger, or when someone is staring at us.  These are all the sensory materials that enter the space of anonymity and allow a city dweller to reflect on her experience.

Let’s make a clarification between the interpretation of experience versus understanding or navigating the environment. First off, all of this happens in memory. Memories can be stored in the human body, or stored on digital media.  All are recalled and read by our human brains.  The difference is that memory stored directly in your own human body informs your interpretation of experience, and the data saved to digital memory better serves to understand information. In the case with us humans, experience is laden with psychological content, while interpretation of data tends to lead to conclusions about the data itself.  The latter is good if your objective is to train a data set toward a target, or evaluate the metrics of a situation. These indicators are critical in assessing the science of cities, but the experience is the motivating factor behind nearly all the decision-making.

It is only when we experience this first hand can we really understand the design of cities. Understanding a city from statistics, or from pictures, or descriptions, or standards, only tell part of the story. We need those things.  They fine tune our perceptions and make them measurable.  But, without an ability to interpret our experience within both individual and collective narratives, and to build those shared experiences, our ability to construct first a living memory, then a living city, will be stifled. A lot is made of connections, but it is only through the kind of respectful anonymity that city connections work. Respect leads to exchange of ideas, shared experiences and millions of individual agreements.

The idea is that with experience you can interpret the city. It’s also necessary that we understand how to trust our senses and, based on experience, to determine how the city is working. This is where you can decide for yourself about how cities should be built.  Is a sidewalk too narrow, a street to wide? How to know?  Experts will say: “it needs to be that way for engineering reasons”. Sometimes this is right, but it is right to challenge those assumptions.  It’s clear that there are and should be multiple interpretations.

Thinking back to seeing the Google Streets car, I am reminded that, no matter how intrigued I get with the wizardry of digital modeling and mapping, it is still the personal, physical, actual, bodily experience that defines who we are and what our cities are.  The compressed, conceptual personal space of anonymity can be a creative zone for processing the experiences the urban environment provides. That simple moment on a San Francisco neighborhood street was merely one of two worlds passing by each other: an instrument created and operated by a human being, to record a memory that will help people navigate and find their way in a complex environment, and a human being itself, navigating the very same street, processing the very same data.  The digital scanner is still the frontier, surveying the space, recording the data, mapping its form. The anonymous city dwelling human being is already processing that information into experience in real time, and soon, a memory imbued with feeling. And tomorrow, he will go out and do it again. That space, that city street, becomes a living part of our human existence and an extension of our body. That’s why living in a city, and not just mapping it, is so important to our future.