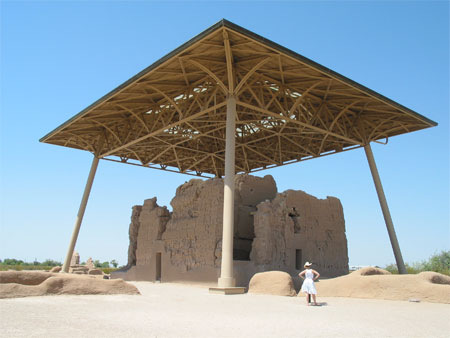 Any Building Lacking Passive Solar Design is a Failure 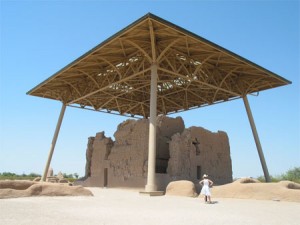 “Beginning in the early 1930’s, Chicago architects Fred and William Keck began a decade-long investigation of south-facing windows in residences that became the first to be called ‘solar houses’.  During this same period, two internationally reknowned modern architects, Walter Gropius and Marcel Breur, both applied climatic analysis as major design determinants, as evidenced by generous south-facing and properly shaded windows.  Frank Lloyd Wright in his Usonian house designs in Wisconsin and simultaneously in his design of Taliesen West in Arizona, all executed in the late 1930s, ingeniously and appropriately applied climatic design elements to diverse and contrasting climates, giving ample testimony that climatic principles underlie a mastery of architecture, regardless of style.” – Donald Watson in the book Environmental Control Systems by Fuller Moore

I stumbled upon this passage in this book when I was preparing for my class on shading at the Desert Botanical Gardens last weekend.  It struck me that passive solar design, which aims to mitigate climate conditions without active systems like air conditioning, became an integral part of good design in post-industrial architecture as early at in the 1930s.  Gropius and Breuer are known for their modernist principles that are an expression of ‘modern’ materials such as steel and glass.  But they’re not necessarily known for designing buildings in harmony with nature, which is the essence behind passive solar design.  Frank Lloyd Wright never made it a secret that he designed in harmony with nature, it was his particular contribution to the world of architecture that you can do both, design with modern materials, create cutting edge spaces and still work in harmony with nature.

Passive solar design certainly didn’t start with the modernists in the 1930s.  It started long ago, with pre-industrial and even pre-colonial architecture when according to Fuller Moore, “Architects simply could not afford to ignore the existing conditions of the site and, by necessity, depended on the building envelope to admit light and control other environmental variables”.  Before air-conditioning or even more basic technology like electric fans, architects had to work with nature, to use passive solar design to be able to mitigate the outside elements in their quest to provide shelter from them.

I am tapping into the history of passive solar design for one reason – and that is to say: it’s been around forever.  It works just as well today as it did a millenia ago, it’s not a passing trend, it’s not something that’s going away.  As long as the the earth orbits the sun in the way it does, passive solar design needs to be an essential part of the way we build buildings.  And if it’s not, than that building is just not up to snuff, it’s a failure.

For basics on passive solar design, look at my earlier post.  And next time you’re out and about in Phoenix, check if buildings are shaded correctly, if they’re oriented in the right direction.  Become aware of this integral part of good building design and next time you’re in a position to have input in the building of a project, DEMAND that it takes into account the way the sun works and includes smart passive solar design.

Photo Credit:  Photo of an ancient ruin shaded by a contemporary structure in Casa Grande from eartharchitecture.org