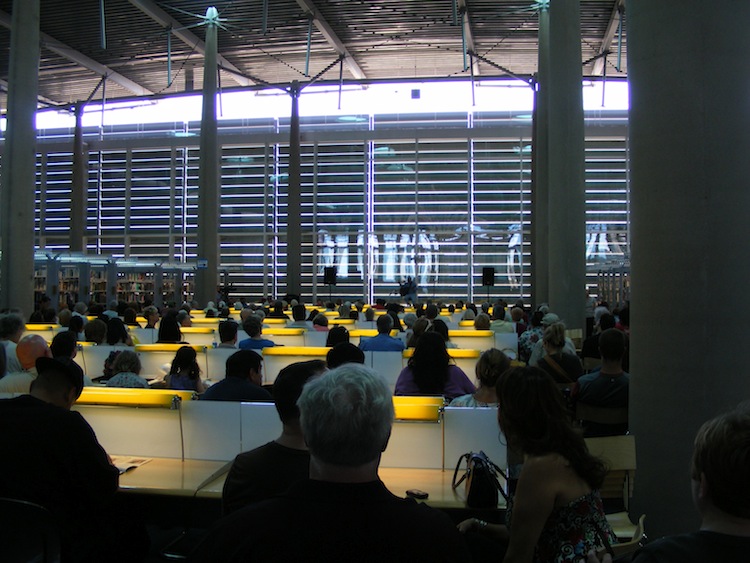 The Summer Solstice at the Burton Barr Library – Transcendant!

Today, at the Burton Barr Library, I attended one of the most beautiful events that I’ve ever been to anywhere.

The Summer Solstice event at the library celebrates the wonderful moment in the year marking the beginning of summer.  It’s celebrated all over the world in different ways, but in Phoenix, we commemorate it through a wonderous piece of architecture.

Wendell Burnette, the architect on the building along with Will Bruder, led the solstice ceremony, explaining how the sun spot on the round skylight hits the candlestick columns at precisely the point where it lights all four sides. 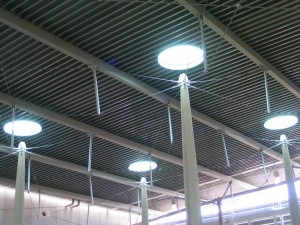 At precisely the solar summer solstice, the tops of these candlestick columns light up on all four sides 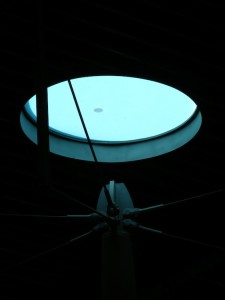 See the moving sun spot on the skylight?

This happens only once a year on the solar summer solstice.  He explained to us that the east and west walls are completely awash with daylight at precisely one moment in the day, solar noon. 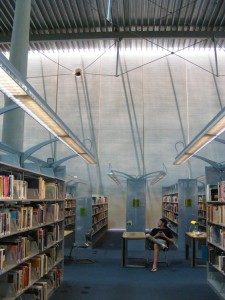 The west wall was completely washed with daylight, this happens once a day at solar noon

It was remarkable to see a huge turn-out of people who came to celebrate the first official day of summer and in the bargain got a fascinating lesson in architecture. Rarely is there a better opportunity for the public to appreciate good architecture than this solstice celebration.  Watching Burnette, a premier architect in the Valley, explain his craft to hundreds of wide-eyed Phoenicians from all walks of life was a sight to see.

Burnette, hardly a household name in Phoenix (though he should be), explains how the building honors the solstice

The library building, according to Burnette, has an approximately 90% approval rating by the public.  It’s a beautiful work of art but more importantly, it speaks to the public.  It transcends age, gender, education and income level.  In fact, Burnette shared a story during the Question and Answer session afterwards that he once found a 3×5 card in the library with this written on it: “this library kicks ass”.  This card appeared to have been written by a youngster.  Not an architecture critic, connoisseur, or student, but a young kid who understood how amazing the library is as a space and an experience.

This leads me back to the Solstice, which is a moment we share with the rest of the world, but that was very locally celebrated highlighting our position on the planet through the way the sun interacts with this remarkable library.  This library is so quintessentially of Phoenix, of this place, of this desert that it has become a tool through which to appreciate our little patch of the planet.  And this is one of the highest compliments from a sustainability standpoint that a building can get.

There’ll be lots more on this building on the Blooming Rock blog…stay tuned!

Leave a Reply to Brian