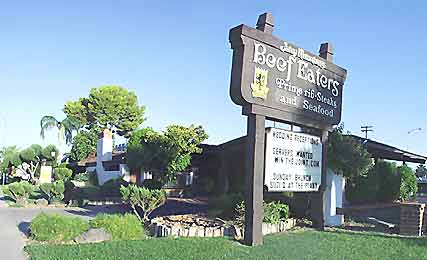 Jim McPherson – ‘Demolition Should Be the Last Resort’ 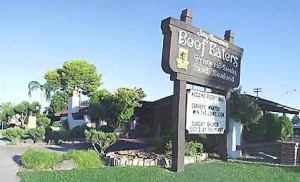 As I mentioned yesterday, there was some strong disagreement in the historic preservation community about my post Why Not All Buildings Should be Saved.  It’s important to hear all points of view on this subject and have a constructive discussion about it.  Below is Jim McPherson’s point of view about the Leighton Knipe house and historic preservation in Phoenix.  Jim is a respected leader in the community.  He serves on the board of the Arizona Preservation Foundation and is the winner of the 28th Annual Governor’s Heritage Preservation Grand Award.  He reminds us that we already have a strong criteria of what buildings are worth saving and that is the Phoenix Historic Property Register.  He also contends that the social history of a building is just as important as its architecture.  He’s even in favor of saving my least favorite building (architecturally speaking) – the Beef Eaters restaurant.

Jim McPherson serves on the boards of the Arizona Preservation Foundation, Arizona Heritage Alliance, Coordinating Committee for History in Arizona, and Downtown Voices Coalition. He was instrumental in efforts to save the Sun Mercantile Building, A.E. England Building, and “mushroom” bank and adjacent park at 44th Street and Camelback Road in Phoenix. He led the public relations and fund-raising campaign to gain voter support for the 2006 City of Phoenix Historic Preservation Bond Program. This past legislative session, he coordinated the successful statewide citizen effort to defeat Senate Bill 1166, which would have raised property taxes for over 6,000 historic home owners and weakened an important neighborhood revitalization tool.

“I’m all for knowing what preservation battles to pick… and yep, not every old building can or should be saved.  Unfortunately, we have lost sooooooooo much in Phoenix, that every individual loss is painful.
You used the example of the Leighton G. Knipe House.  I double-checked and found it listed on the Phoenix Historic Property Register:   That means it has been researched, vetted, and “approved” as being significant. It’s a pretty rigorous process to be listed conducted by professionals in a variety of fields.  The 203 on the list are the very minimum we should insist on protecting and preserving.

I’ve often thought that preservationists have a “sixth sense” about buildings and sites.  They’re able to see the incredible “after” in looking at the dirty, drab, and dilapidated “before.”  Yes, the Knipe House is looking forlorn, but I remember Barbara Stocklin, our city’s historic preservation officer, saying that it is structurally sound, but does need a new roof.

My interest in historic preservation is more on the social history side of things than the architecture.  When I look at a building or site, my minds-eye sees it in its heyday.  I visualize the inhabitants going in and out of the front door, sitting on the front porch, kids playing in the yard of the various time period in which it was built, and the year and make of the cars parked along the street.  I wonder what it was like to live here in this city in that moment of time.  It provides a snapshot for further exploration about the place in which I now call home.

Now I’m worried that even before mid-century residences and commercial structures are being deemed eligible for register status, we (the collective we) are tearing them down.  Unfortunately, often-times what is replaced is woefully inferior — of course in terms of the history, but also the architecture, workmanship, and carbon footprint — than what was there before.  The Washburn Piano Store at 20th and Camelback is a prime example.

It’s also my belief that we must preserve much more than the buildings built by or for famous dead white guys.  I’ll tell you the story of Phoenix’s Madison Square Garden if you’d like.  Or why I choke up in talking about the (relatively nondescript) house of Lincoln Ragsdale on Thomas Road.

Thanks for starting the dialogue, and allowing me to put my thoughts in writing.  I guess historic preservation is so ingrained in my persona, that it’s initially jarring for me to hear viewpoints that lean toward demolition as a strong or default option.  To me, demolition should always be the last resort (until all other alternatives have been thoroughly explored by a wide variety of constituents).”